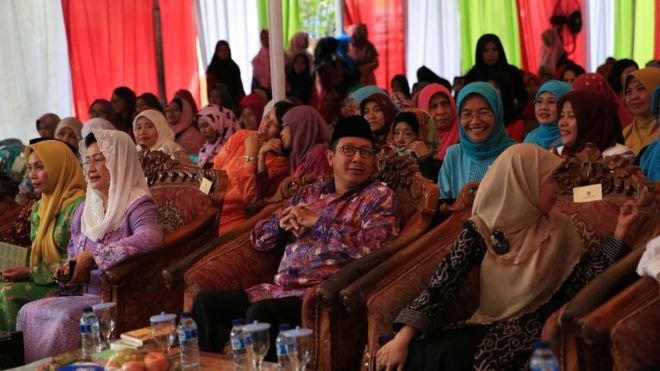 Female Islamic clerics in Indonesia have issued an unprecedented fatwa against child marriage.

The fatwa, which is not legally binding but will be influential, was issued after a three-day congress of female clerics in the country.

The clerics urged the government to raise the minimum legal age for women to marry to 18 from the current 16.

Indonesia is a majority Muslim country and has among the highest number of child brides in the world.

According to the UN’s children office Unicef, one in four women in Indonesia marries before the age of 18.

The congress, held in Cirebon on Java island, is being called the first major gathering of female Muslim clerics. Most of the attendees were Indonesian, but there were also participants from Pakistan, Saudi Arabia and other countries.

Fatwas are issued regularly in Indonesia, but usually by the Indonesian Ulema Council – the highest Islamic authority in the country which is made up almost entirely of men.

The fatwa called underage marriage “harmful” and said preventing it was mandatory.

“Female clerics know the issues and obstacles women face, we can take action and do not just wait for the government to protect these children,” Ninik Rahayu, the conference organiser, told Reuters.

The female clerics cited studies which highlight that many Indonesian child brides are not allowed to continue their education and half the marriages end in divorce.

The child marriage fatwa was one of a series issued during the congress. There were also edicts against women being sexually abused, and environmental destruction.