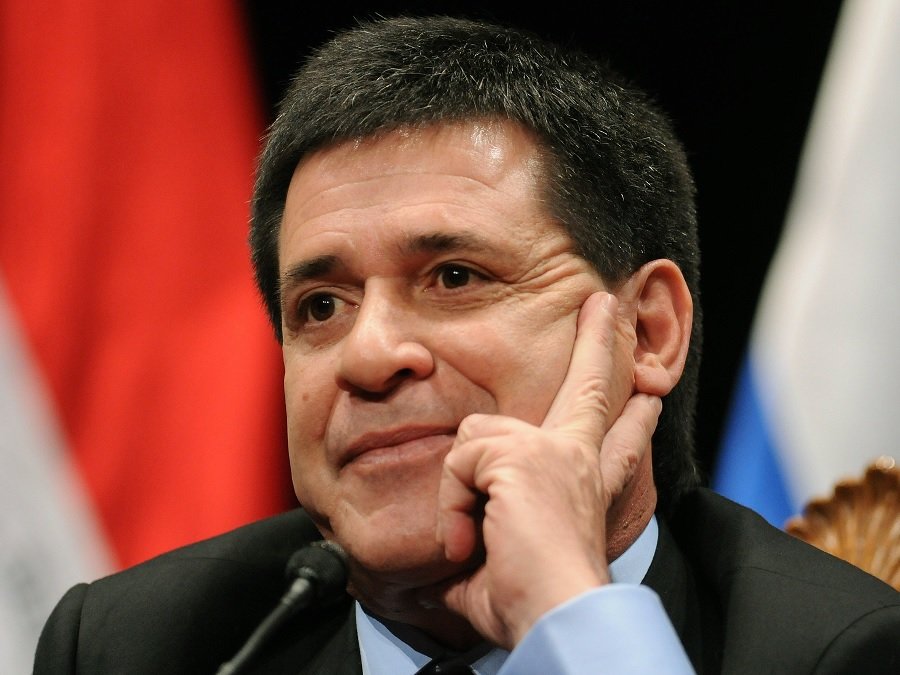 The lower house of Paraguay’s Congress has voted overwhelmingly to reject a constitutional amendment that allowed the president to seek re-election.

The proposal triggered riots last month, with protesters setting fire to part of the Congress building.

President Horacio Cartes eventually said he would not seek another term even if the amendment was approved.

Memories of a military government that held on to power for over three decades are still fresh in Paraguay.

Under the 1992 constitution, introduced after the dictatorship, a head of state may only serve a single five-year term.

Paraguay was controlled by military ruler General Alfredo Stroessner, who seized power in a coup, from 1954 until 1989.

Deadly violence at Venezuela’s ‘mother of all marches’