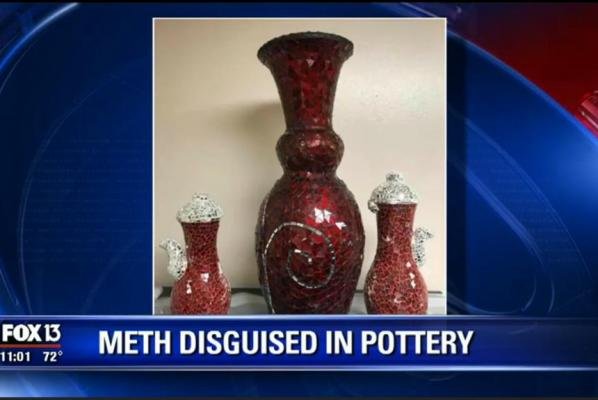 Undercover deputies in Florida arrested a man accused of importing three pieces of pottery covered in $600,000 worth of meth paste.

The Polk County Sheriff’s Office said Omar Palencia, 30, had the three pieces of meth-covered pottery shipped to his home in Florida.

Palencia told undercover deputies he was planning to cook the meth out of the pottery, which he said would yield more than 22 pounds of crystal meth. He said the haul would be worth about $600,000.

“In Mexico, [the pottery pieces] were dipped in liquid methamphetamine and carefully, they placed small glass squares on the vase to make it appear to be this beautiful pottery,” Polk County Sheriff Grady Judd said. “He was, Omar, was looking for someone to convert it out of its current form into a sell-able form, and that’s where our undercover agents came in play.”

“You can see the lengths drug dealers go to, to get their illegal product out on the street,” Judd said.