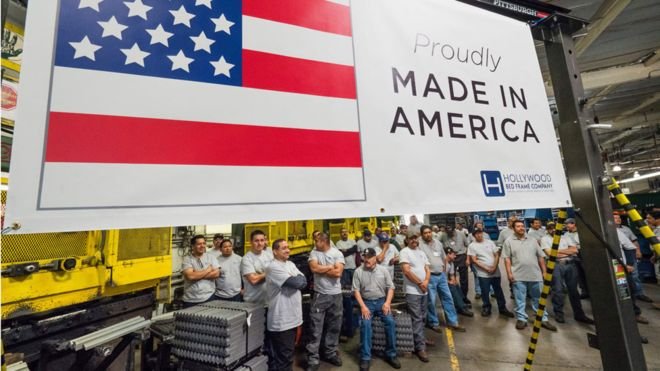 U.S. President Donald Trump is to propose slashing the rate of corporation tax when he announces his tax plan later.

White House officials say the centrepiece of Wednesday’s announcement will be a sharp reduction in the business tax rate, from 35% to 15%.

Economists say the tax cuts will add trillions of dollars to the deficit over the next decade.

But Treasury Secretary Steven Mnuchin has said the tax plan “will pay for itself with economic growth”.

Also expected in the plan:

Mr Trump’s blueprint is not expected to include any proposals for raising new revenue.

The much-discussed border tax that would put a tariff on imports – favoured by House Speaker Paul Ryan – will not be in the plan.

And nor will Mr Trump’s big infrastructure improvement plan feature.

Democrats are not expected to back a plan which adds to the national debt.

That means Republicans, who control the House and the Senate, may be forced to work under a budget procedure which allows them to proceed without them.

President Trump would like to see Congress pass tax reform by the middle of autumn, says the White House.