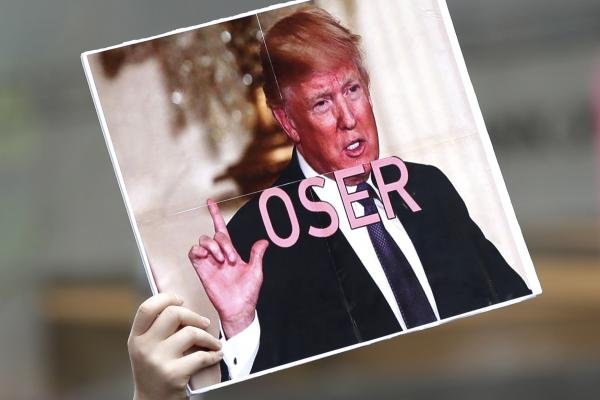 U.S. President Donald Trump’s efforts are once again being denied in federal court — this time the target is an executive action to punish so-called “sanctuary cities” by withholding billions of dollars in federal financial assistance.

U.S. District Judge William Orrick of the Northern District of California on Tuesday issued an injunction against Trump’s order — which is an attempt to enforce a stricter immigration agenda by compelling U.S. cities to cooperate with federal authorities.

Orrick said Trump does not have the power to punish American cities that oppose his immigration policies — and agreed with opponents that the order violates the Fifth and Tenth Amendments.

The lawsuit seeking an injunction was filed by the City of San Francisco and Santa Clara County and supported by nearly 50 other municipalities nationwide. The California communities argued that they would lose billions in federal funds if the order was allowed to stand.

There are more than 300 “sanctuary cities” in the United States — like New York City, San Francisco and Los Angeles — that have written or unwritten policies against complying with ICE detainer orders. The agency issues a detainer when an undocumented immigrant is identified through an unlawful action, such as the commission of a crime. ICE then asks local authorities to detain the migrant, sometimes beyond their scheduled release date, so deportation proceedings can begin.

The crux of opponents’ arguments is that the orders bring about a number of unintended consequences that cause harm to the cities and counties in which the targeted immigrants reside. Those areas do, however, cooperate with ICE when immigrants are the subject of criminal warrants.

The president’s January 25 order is part of his planned overhaul of U.S. immigration policy. Since taking office, Trump has issued orders to build a large barrier along the U.S.-Mexico border, expand the Department of Homeland Security’s authority to identify and deport undocumented aliens, and prohibit refugees and migrants from entering the United States.

Tuesday marked the third time since Trump’s inauguration that a federal court has blocked an executive order nationally. Two orders to bar U.S. entry for refugees and immigrants were similarly blocked.

“Once again, the courts have spoken to defend tolerance, diversity and inclusion from the illegal threats of the Trump administration,” ACLU National Political Director Faiz Shakir said in a statement Tuesday.

Government attorneys unsuccessfully argued to Orrick that if he decided to grant the restraining order, it should only apply to the plaintiffs in the case.

“But where a law is unconstitutional on its face, and not simply in its application to certain plaintiffs, a nationwide injunction is appropriate,” the judge wrote. “These constitutional violations are not limited to San Francisco or Santa Clara, but apply equally to all states and local jurisdictions.

“Given the nationwide scope of the Order, and its apparent constitutional flaws, a nationwide injunction is appropriate.”

Trump’s administration, which can appeal the ruling, did not immediately comment on Orrick’s injunction.