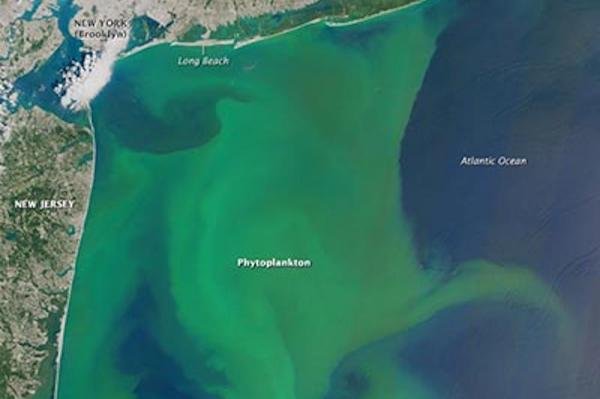 Researchers at Stony Brook University, in New York, analyzed the effects of rising ocean temperatures on two of the most toxic types of algae and found growths are becoming more widespread and profiling through the North Atlantic and North Pacific oceans.

Since 1982, temperatures in many ocean basins have warmed, creating conditions more hospitable to two of the most common dinoflagellate genera, Alexandrium and Dinophysis.

“Toxic or harmful algal blooms are not a new phenomenon, although many people may know them by other names such as red tides,” Christopher Gobler, marine science professor at Stony Brook, said in a news release. “These events can sicken or kill people who consume toxin-contaminated shellfish and can damage marine ecosystems by killing fish and other marine life.”

The new findings, detailed in the journal PNAS, revealed a direct link between ocean warming — as a result of climate change — and an increase in the distribution, frequency and intensity of toxic algae blooms.

“It was amazing and reassuring to see our hindcast models fall in-line with observations reported in the literature over the past 30 years,” said Theresa Hattenrath-Lehmann, a post-doctoral scholar in the Gobler Lab at Stony Brook. “It gives us confidence that these model parameters and our approach can be applied to HAB forecasting efforts in the future.”