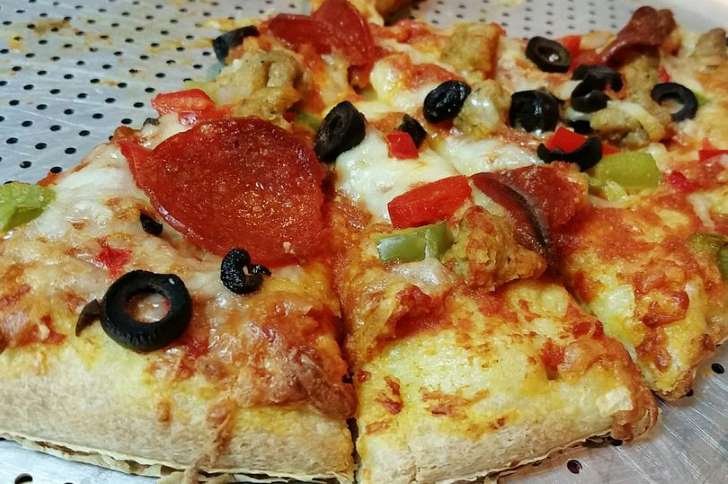 Got a few slices left of last night’s pizza have you? Such noble restraint. Time to undo that by finishing them off. You’ve probably got a hangover, after all.

Maybe you don’t fancy diving in cold. Time to reheat then. But how? Apparently, a lot of people favour the microwave – a quick and easy option. But a disastrous one.

Microwaving is all very well for some foods, but pizza? This is bad news. Doing so will leave you with a soggy mess – a hot, mushy crust, and a topping diminished of any of its past glorious flavour.

The things that make a pizza great are a crispy edge and a slightly chewy dough that gives way to soft cheese and rich tomato. All that is lost with the blast of a microwave’s angry heat.

Experts suggest another simple way. Which, as it happens, doesn’t actually take much longer than a microwave.

The recommendation, sought by Insider , was “near-unanimous”: guys, use a skillet pan .

A pizza man called Anthony Falco, from a respected US pizzeria called Roberta’s, said putting old pizza on a non-stick skillet on a medium-low heat for just a couple of minutes works wonders.

The base will soon crisp up. Once that’s happened, add a drop of water into the pan, turn the heat to low and cover with a lid. Soon, the top of the pizza will be fluffy once more, the cheese melty, and the world a little brighter.

Pizza a Casa Pizza School founder Mark Bello also recommends the use of a skillet. But he prefers to cover the pizza with foil instead of a lid. He calls it a “moisture-crispness canopy.”

Either way, microwaving pizza is a little sad. To rekindle the crisp base and the gooey top, a two-minute skillet is the way forward.

The One Menu Item You Should Never Order at McDonald’s