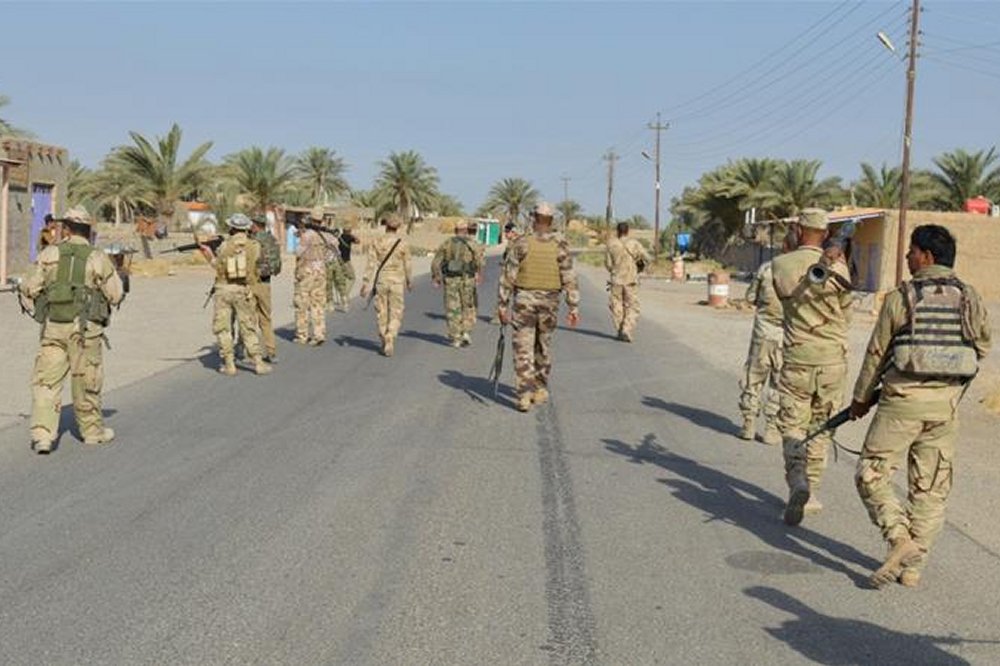 Fighters have killed at least 10 off-duty Iraqi soldiers and injured another 20 in an ambush in a part of the country’s western Anbar province.

Major Emad al-Dulaimi said on Monday that the attack occurred the night before near the town of Rutba.

He said the assailants were armed with assault rifles and rockets.

It was not immediately clear who carried out the attack but al-Dulaimi blamed the Islamic State of Iraq and the Levant (ISIL) group.

ISIL, also known as ISIS, has carried out many similar attacks targeting Iraqi forces in the past months in what many see as an effort to divert attention from the ongoing battle between Iraqi forces and ISIL.

Rutba lies about 390km west of Baghdad. It is the last sizeable town on the way to the border with Jordan.

The police station has been used as a staging ground for operations in Mosul.

Backed by the US-led coalition, Iraqi forces launched an operation, their largest in years, in mid-October last year to retake the city.

They retook the side of the city that lies east of the River Tigris in January and launched a push on remaining ISIL fighters in western Mosul, which is more densely populated and has seen fierce fighting.

Residents who managed to escape from the Old City say that there is almost nothing to eat but flour mixed with water and boiled wheat grain.

The loss of Mosul would be a huge blow to ISIL in Iraq.

According to an Iraqi military spokesman, the group only controls seven percent of Iraq, down from the 40 percent of the national territory over which it ruled three years ago.

The only two other significant towns ISIL still holds are Hawija and Tal Afar. The group also controls territory in remote areas of western Iraq, near the Syrian border.

Fighting has killed several thousand civilians and fighters on both sides, according to aid organisations.