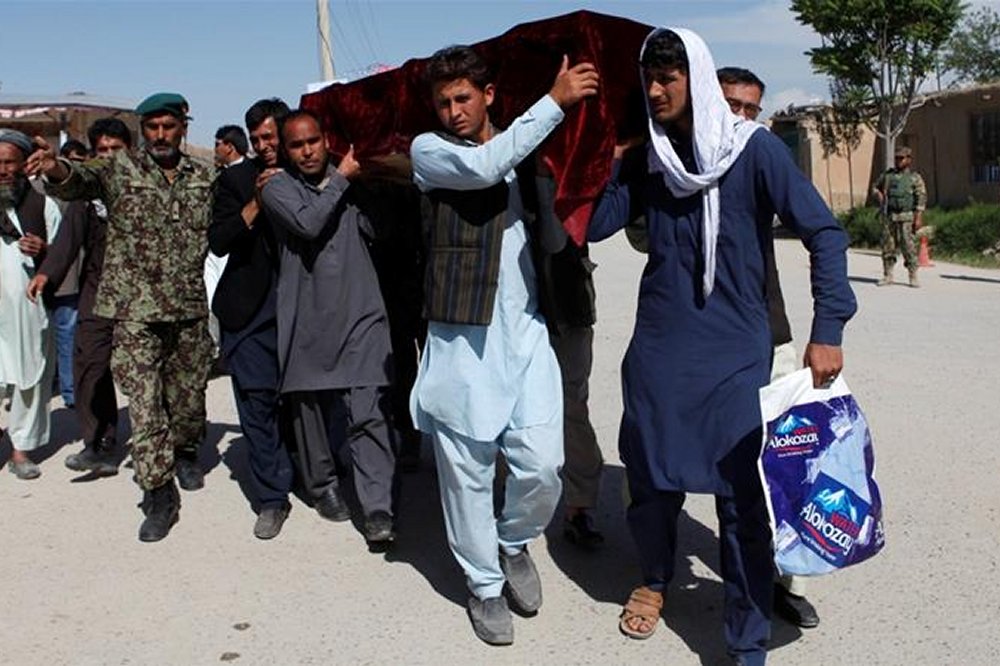 Afghanistan’s army chief and defence minister have resigned following a Taliban attack on an army base over the weekend that killed more than a 100 people.

The attack, the biggest ever by the Taliban on a military base in Afghanistan, involved multiple attackers and suicide bombers in army uniforms who penetrated the compound of the 209th Corps of the Afghan National Army in northern Balkh province on Friday.

The Taliban claimed responsibility for the assault, which according to some estimates killed over 130 people.

President Ashraf Ghani accepted the resignations of Qadam Shah Shahim, the army chief of staff and Abdullah Habibi, the country’s defence minister, on Monday, according to a statement from the president’s office.

Al Jazeera’s Rob McBride, reporting from Kabul, said they were forced to resign and their positions were “untenable.”

“Given the scale of the attack, which has been described as nothing short of a massacre, their have been growing calls on social media, the local media, the streets and even in parliament for both of these men to go,” he said.

“Both of these men were under pressure for a similar attack just over a month ago when infiltrators managed to get inside a hospital and claimed more than 50 lives.”

“The defence minister managed to escape a vote of no-confidence in parliament and narrowly held on to his job. So both men have now taken a logical step.”

On Sunday, Afghanistan marked a day of national mourning, with memorial services held at mosques and the Afghan flag flying at half-staff on government buildings and offices across the country.

The attack in Balkh raises serious questions about the Afghan military’s capability to stand on its own in the battle against the insurgency following the withdrawal of foreign combat forces at the end of 2014.

“We’re also approaching a sensitive time when the Taliban launches its spring offensive. The military has to be on its guard,” our correspondent said.

“This attack further undermines the military. Their has already been talk about corruption and allegations of poor leadership. This does nothing to strengthen the army at this time.”

The American and other foreign troops remaining in Afghanistan are now mostly acting in an advisory and training role, with some combat assistance.