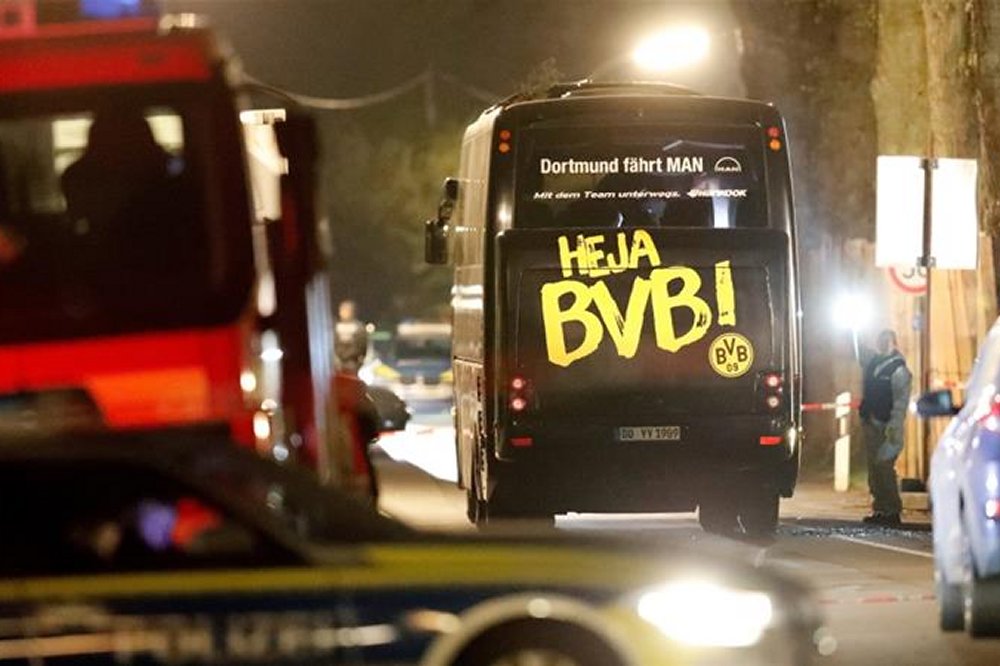 Anti-terror police “have arrested a 28-year-old German-Russian national, Sergej W.”, a police statement said on Friday, indicating that the suspect was hoping to profit from a drop in the football club’s share price as a result of the attack.

Germany has been on high alert since a series of attacks last year, including the Christmas market truck assault in Berlin in December that claimed 12 lives.

According to the investigation, the suspect had bought 78,000 euros ($84,000) worth of shares in the club online from the team’s hotel.

The man was detained during a police operation near the town of Tuebbingen in the state of Baden-Wuerttemberg, southwest Germany.

The attack happened on April 11 as three explosions occurred while Borussia Dortmund team bus was heading to their stadium for a Champions League match against AS Monaco on Tuesday, injuring Spanish defender Marc Bartra.

Initial investigations focused on letters claiming responsibility for the attack that were found close to the site of the blasts, which claimed the attack was carried out “in the name of Allah”, broadcaster ARD reported, citing other news media.

But German investigators last week said they had “significant doubts” that the attack on the Borussia Dortmund team bus on Tuesday was the work of “Islamists”.

‘No evidence’ against Iraqi

The police had arrested a 26-year-old Iraqi national, but later said there was “no evidence” he had taken part in carrying out the attack.

However, they were seeking an arrest warrant to keep the man in detention over allegedly having been a member of the Islamic State of Iraq and the Levant (ISIL) group.

It said the email referred to Adolf Hitler, railed against multiculturalism and suggested another attack might occur on April 22.

The quarter-final first-leg match, rescheduled for the day after the attack, was won by Monaco amid heightened security.

Extra forces were deployed around team hotels and their buses took designated safe routes to the stadiums.

The assault was described by Dortmund city’s police chief as a “targeted attack” against the team, while Chancellor Angela Merkel said she was “horrified” by the “repugnant act”.

Related Topics:Dortmund teamEurope
Up Next