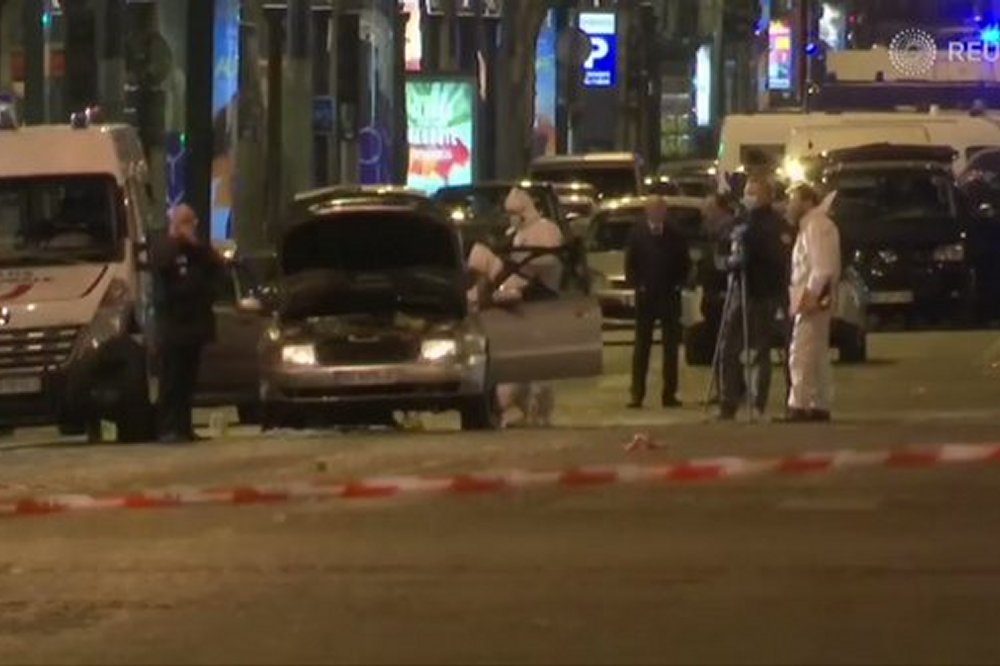 French authorities said a police officer was shot dead Thursday on one of the best-known streets in downtown Paris — an attack that also left the gunman dead and has investigators working to determine if it was terror-related.

The gunfire began Thursday night on the Avenue des Champs-Élysées and the area was evacuated, authorities said. Two other police officers were wounded in the shooting.

There were no immediate reports of civilian casualties. Witnesses said the gunman used an AK-47-type rifle in the attack.

“We heard shooting and everyone ran in panic. People were crying,” one witness told France’s The Local.

France’s Prefecture National Police advised people to stay clear of the area, which is located on the western flank of Paris.

Authorities said the gunman, whose name was not immediately disclosed, had been known to police and was the subject of a prior investigation, Sky News reported.

“At first we thought it was firecrackers but then we realized it was a shooting and everyone ran in panic. People were crying,” one witness told French television.

“The area was cleared really quickly.”

The Islamic State terror group claimed credit for the shooting.

The Avenue des Champs-Élysées is a popular shopping and tourist district in Paris near the Arc de Triomphe and Eiffel Tower.

“Our condolences from our country to the people of France,” U.S. President Donald Trump said at a joint news conference with Italian prime minister Paolo Gentiloni Thursday.

“It is happening again,” he continued. “It is a very, very terrible thing that’s going on in the world today but it looks like another terrorist attack. What can you say? It just never ends. We have to be strong and we have to be vigilant — and I have been saying it for a long time.”

Officials, though, weren’t immediately certain whether the shooting was terror-related. Thursday’s incident was the second time this year a police officer was shot on the Champs-Élysées — and came as France prepares for the first round of its presidential election on Sunday.

Paris has been on high alert for months out of concern the city may again be targeted by militants. More than 100 people were killed in a coordinated attack in November 2015. A dozen people were killed ten months earlier in an attack on the French satirical newspaper Charlie Hebdo. Tuesday, two men were arrested in Marseille on suspicion of plotting various attacks in France.

“If you’re in Paris, monitor local news. Champs-Elysées has been closed. Authorities are telling people to avoid the area after a shooting,” the U.S. Department of State said in a tweet.