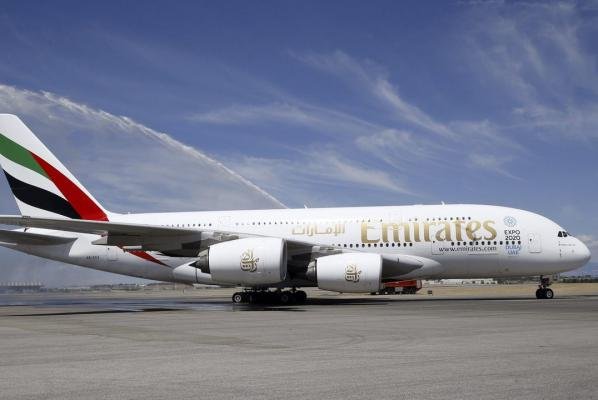 Emirates announced Wednesday it will reduce flights to five cities in the United States starting next month in the wake of the Trump administration’s more restrictive travel policies.

“This is a commercial decision in response to weakened travel demand to U.S.,” the airline, based in Dubai, United Arab Emirates, said in a statement. “The recent actions taken by the U.S. government relating to the issuance of entry visas, heightened security vetting and restrictions on electronic devices in aircraft cabins have had a direct impact on consumer interest and demand for air travel into the U.S.”

Two cities in Florida will be reduced from daily service to five flights a week — Fort Lauderdale starting May 1 and Orlando on May 23.

In Seattle and Boston, service will be down to one daily flight from two starting June 1 and 2, respectively.

“Until the start of 2017, Emirates’ operations in the U.S. have seen healthy growth and performance, driven by customer demand for our high quality product and our international flight connections,” the airline said. “However, over the past three months, we have seen a significant deterioration in the booking profiles on all our U.S. routes, across all travel segments. Emirates has therefore responded as any profit-oriented enterprise would, and we will redeploy capacity to serve demand on other routes on our global network.

In all, the airline will have 101 flight departures per week in the United States.

In March, the United States banned electronic devices larger than a mobile phone from cabin luggage on flights from 10 airports, including Dubai. Emirates is loaning tablets to passengers and allowing passengers to check electronics in at the gate.

President Donald Trump has also signed two executive orders to bar refugees and nationals of several Muslim-majority countries in the Middle East and north Africa from traveling to the United States, but the United Arab Emirates was not included. Both bans are being contested in court.

Etihad, an Abu Dhabi-based rival of Emirates, told CNN it had not seen a significant reduction in travel to the United States at its six cities. Qatar is another Middle East-based airline.

Three U.S. airlines — American, Delta, and United — also fly to the Middle East. Partnership for Open and Fair Skies, the lobbying group that represents these airlines and their unions, said the Middle East carriers have been supported by their respective governments with $50 billion in subsidies.

Emirates began flying in 1985 with two aircraft, according to its website.

Flight Attendants Are Checking You Out