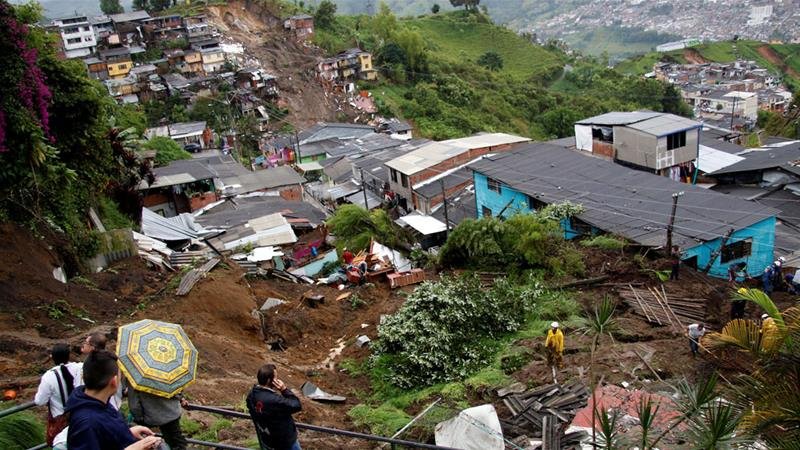 At least 14 people, including three children, have been killed and 20 are still missing on Thursday after a landslide hit several neighbourhoods in Manizales, western Colombia, according to the government.

Mud and debris on Wednesday spilled through the streets of Manizales, the capital of Caldas province, after it received the equivalent of one month of rain overnight.

Roads leading to Manizales have been blocked with debris making the city unreachable and the airport is closed due to poor conditions.

President Juan Manuel Santos will travel to the city via nearby Medellin, the government said in a statement. At least 57 houses have been affected, it added.

As in Manizales, the disaster in Mocoa struck overnight, catching many off guard in their sleep.

Jose Octavio Cardona, mayor of Manizales, told La FM radio there had been “40 or 50 landslides” provoked by a torrent of rain that began falling on Tuesday.

“The rains have been incredibly intense,” he said.

More rain is forecast for the next two days

Deadly violence at Venezuela’s ‘mother of all marches’