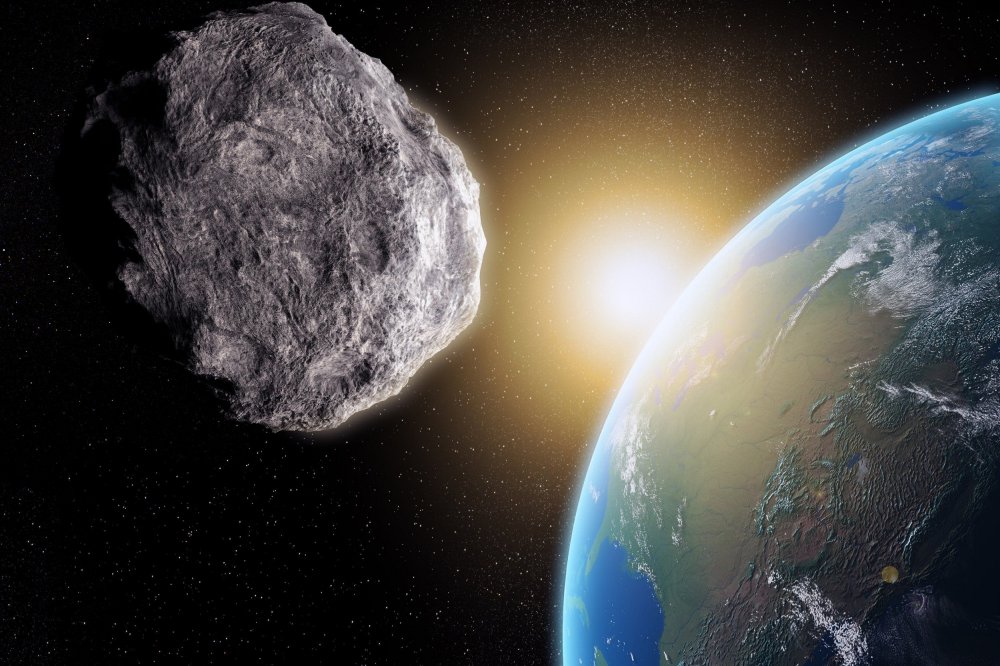 A sizable asteroid will pass by Earth on Wednesday, according to astronomers.

The asteroid, known as 2014 JO25, will come within 1.1 million miles of Earth, or 4.6 times the distance between Earth and the moon — a “safe” distance, say astronomers. The space rock measures roughly 2,000 feet across.

“Although there is no possibility for the asteroid to collide with our planet, this will be a very close approach for an asteroid this size,” officials with NASA’s Jet Propulsion Laboratory wrote in an update published earlier this month.

The upcoming flyby is the closest a large asteroid has come to Earth since Toutatis, a 3.5-mile-wide asteroid, passed within for lunar distances of Earth in September 2004. Another comparable flyby won’t happen until 2027, when 1999 AN10, a half-mile-wide asteroid, is scheduled to whiz by Earth at a distance of 236,000 miles.

Asteroid 2014 JO25 will approach Earth from the direction of the sun. It will brighten to a magnitude of 11 in the night sky and may be visible with a small telescope for two or three nights before fading as it heads towards the outer reaches of the solar system.

The asteroid was first discovered in 2014 by astronomers with the University of Arizona’s Catalina Sky Survey.

Related Topics:2014 JO25NASAScienceToutatis
Up Next