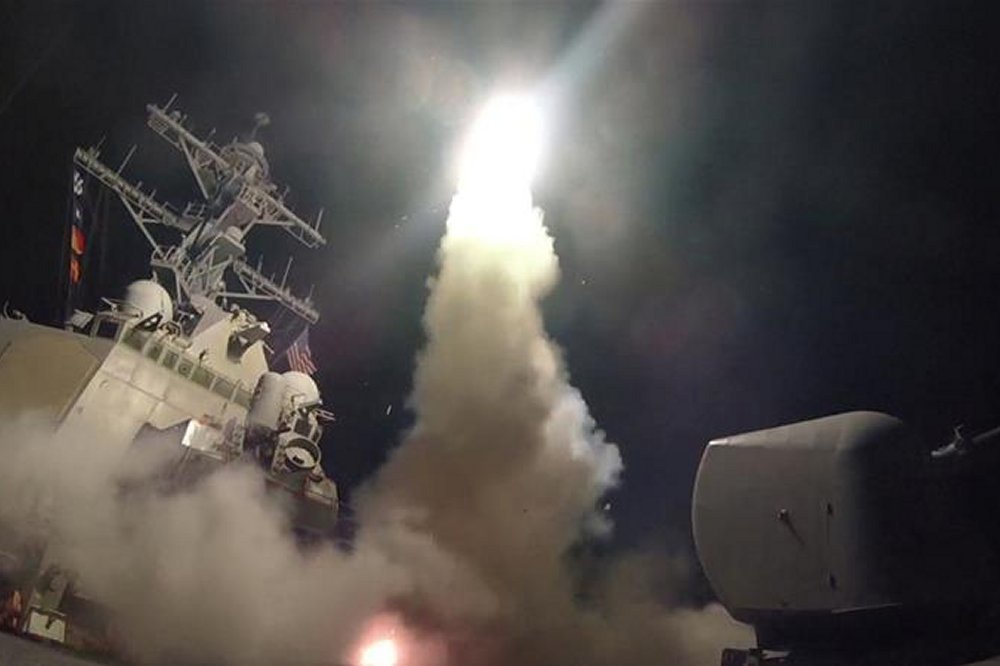 Syria’s ambassador to North Korea denounced what he called US aggression and its “history of interventions” on Monday, adding sending a “message” to Pyongyang with an attack on a Syrian airfield was irresponsible.

US Vice President Mike Pence earlier warned North Korea that recent American cruise missile strikes in Syria, one of North Korea’s few close allies, and a massive bombing in Afghanistan showed the resolve of President Donald Trump should not be tested.

The US Navy this month struck a Syrian airfield with 59 Tomahawk missiles after a chemical weapons attack. On Thursday, the US military said it dropped the largest non-nuclear device it had ever unleashed in combat on a network of caves and tunnels used by Islamic State of Iraq and the Levant in Afghanistan.

Syrian Ambassador to North Korea Tammam Sulaiman said the United States was wrong to send messages with attacks on other countries.

“Whatever they do, this is clear aggression. If they want to mention this they ought to do this as a message or whatever, it has no sense to talk about this,” Sulaiman told Reuters news agency.

“Because what is sense is to see whether the US is really serious in finding solutions, whether in Syria or Korea. If they want to keep sending messages, then you are not talking with a responsible state or a responsible administration. It is not about giving messages, it is about taking a position.”

A high-level official said on Monday North Korea would have been attacked a long time ago – like other countries – if it did not have strong military capabilities.

“The Syrian incident proves that our policy to bolster our national defence capabilities by tightening our belts is the correct policy,” said Kim Son-gyong, director-general of the European Department at North Korea’s Ministry of Foreign Affairs.

Asked whether he thought the US was sending Pyongyang a message by striking Syria, he said: “We are not startled or surprised in the slightest by this kind of act. If the US thinks this kind of thing will startle us, then they have misjudged us.”

“I express again a strong support and alliance to the Syrian government and its people for its work of justice, condemning the United States’ recent violent invasive act against your country,” Kim said.

Sulaiman said the “acquisition of nuclear weapons should not be a goal” for any country.