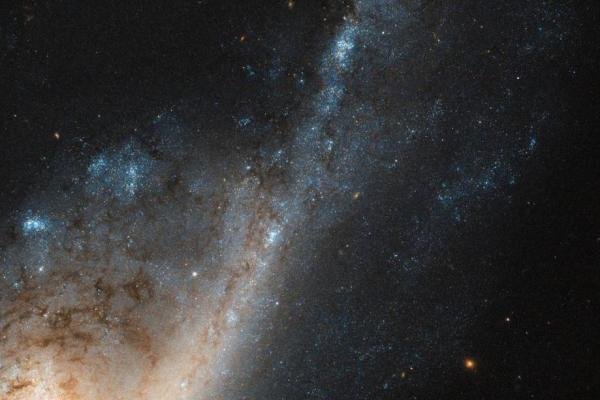 The galaxy NGC 4536 is churning out new stars at a prodigious rate, as evidenced by new images captured by the Hubble Space Telescope.

The images, shared online Friday, showcase what astronomers refer to as a starburst galaxy — a galaxy turning gas into newborn stars faster than it can replenish its gas supply.

NGC 4536 is found within the Virgo constellation, 50 million light-years from Earth. The galaxy boasts several regions of intense star formation. The star formation frenzies within NGC 4536 are bolstered by an intense concentration of gas.

Astronomers aren’t sure exactly how the galaxy came to possess so much gas. It’s possible NGC 4536 acquired it during a galactic collision.

Stars born in starburst regions tend to burn fast and die young, consuming large amounts of gas very quickly. This makes them easy to identify. Their insatiable appetite gives off massive amounts of ultraviolet light, which excites nearby hydrogen atoms and turns nearby gas clouds into a kaleidoscope of blues and yellows.

Large asteroid to pass by Earth