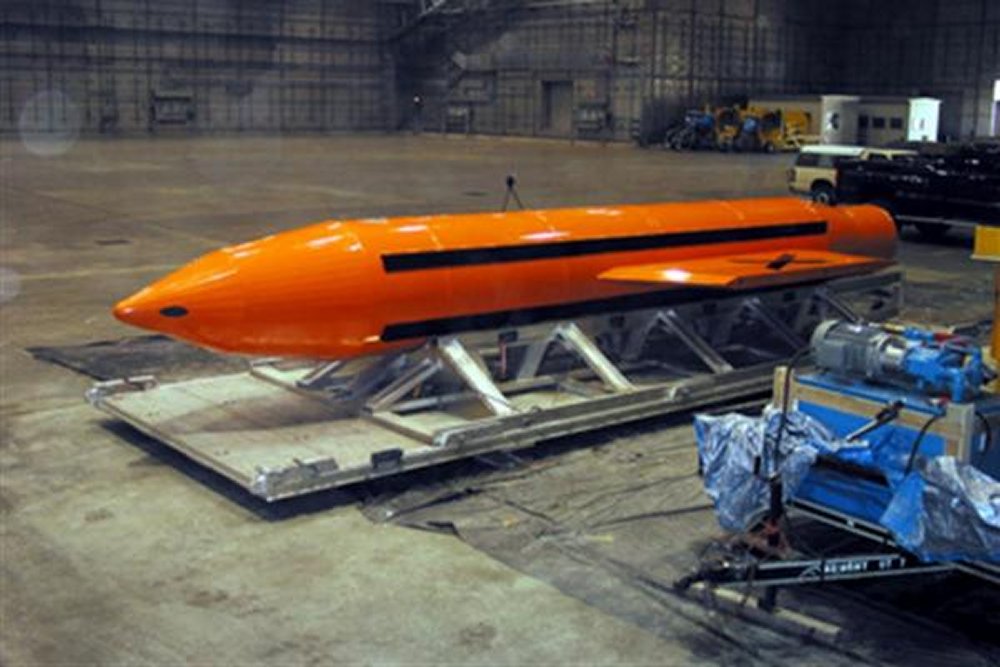 The U.S. Air Force dropped its largest non-nuclear bomb for the first time in combat on Thursday, targeting an underground Islamic State complex in a desolate portion of eastern Afghanistan, military officials said.

The 21,000-pound bomb is known as the Massive Ordinance Air Blast bomb, or MOAB. In military circles, the acronym is known better as the “Mother of All Bombs.”

CNN, which first reported the bomb’s use, said the MOAB bomb was selected because the area targeted was in an extremely remote portion of the country, meaning risk to civilians was minimal. The sheer power of the blast would also be more effective in destroying underground tunnels carved out of the rocky terrain that other conventional bombs might not penetrate.

The MOAB is so heavy it is carried over the target by a MC-130 cargo plane, then essentially shoved out the back when it’s ready to be deployed.

The target was in Nangarhar province, which borders Pakistan’s tribal area, a porous border that extremists have exploited in eluding coalition forces. A U.S. Marine was killed in that province last week amid ongoing counter-terrorism activities.