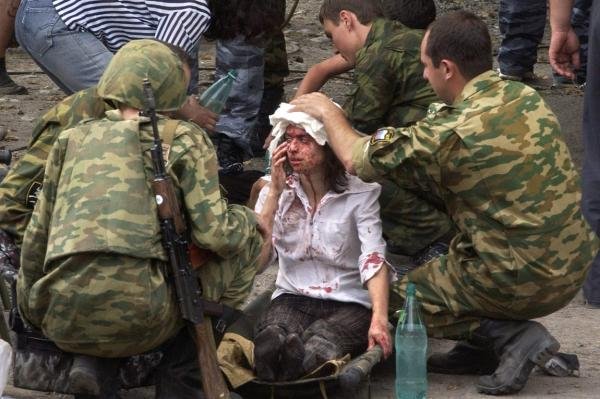 The European Court of Human Rights unanimously ruled Russia is guilty of failing to protect more than 330 people who died in the 2004 Beslan school siege despite knowing about a planned terrorist attack.

The attack occurred at a school in Beslan, North Ossetia, in September 2004 when heavily armed Chechen rebels held more than 1,000 hostages, mostly children, for more than 50 hours. After a series of explosions, a fire and a bloody armed shootout with Russian special forces, more than 330 civilians died, including 186 children, along with more than 10 security officers and more than 30 rebels.

The case against the Russian government was brought to the court by 409 Russians who are victims of the attack or are relatives of victims.

Among findings, the ECHR ruled Russia violated Article 2, or Right to Life, of the European Convention on Human Rights in numerous ways. The court ordered Russia to pay $3.19 million in reparations to victims.

The court ruled Russia violated Article 2 because it could not determine whether Russian security forces were justified in the amount of force they used in the intervention, which witnesses said was excessive. The court also said Russia failed to adequately prepare for the special forces intervention with a lack of formal leadership and planning, which caused “serious flaws in decision-making and coordination with other relevant agencies.”

The court also said Russia’s use of lethal force with weapons such as a tank cannon, grenade launchers and flame-throwers contributed to the casualties among hostages and violated Article 2’s mandate that lethal force be used “no more than absolutely necessary.”

The ECHR said Russia could have pre-emptively acted to save lives but also violated Article 2 for “a failure to take preventive measures.”

“The authorities had been in possession of sufficiently specific information of a planned terrorist attack in the area, linked to an educational institution,” the ECHR said in its ruling. “Nevertheless, not enough had been done to disrupt the terrorists meeting and preparing; insufficient steps had been taken to prevent them traveling on the day of the attack; security at the school had not been increased; and neither the school nor the public had been warned of the threat.”