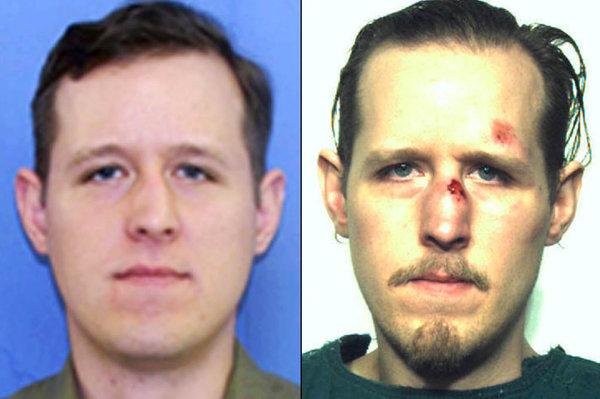 Prosecutors said Eric Frein, who is accused of fatally shooting a Pennsylvania state trooper, wrote in journal entries he was surprised the manhunt to search for him lasted as long as it did.

On Wednesday, prosecutors read aloud journals taken from inside the abandoned Birchwood-Pocono Airpark where Frein was captured.

Prosecutors read an entry dated Oct. 10, 2014, purportedly written by Frein, that said, “30 Days. A lot longer than I expected to last.”

Frein, 33, is on trial for first-degree murder and terrorism charges. He faces the death penalty for the ambush and shooting of two state police officers on Sept. 12, 2014. Cpl. Byron Dickson II was shot and killed, and trooper Alex Douglass was injured during the shooting at the remote Blooming Grove State Police Barracks. Frein pleaded not guilty.

“They called me a survivalist! HA!” the journal entry said. “Catchy phrase I guess.”

In the trial, the prosecution also presented evidence including more than 100 pictures from inside the Birchwood-Pocono Airpark, showing a bed, a laptop, DVDs, maps, batteries, food and binoculars.

On April 5, Pennsylvania trooper Robert Golden testified he thought “somebody was trying to take over” the police barracks where Frein is accused of carrying out the attack.