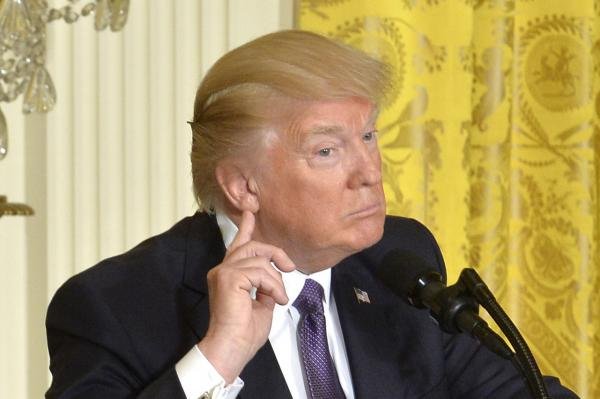 The U.S. dollar dropped to its lowest level since November after President Donald Trump said Wednesday the currency was “getting too strong.”

“I think our dollar is getting too strong, and partially that’s my fault because people have confidence in me,” Trump said in an interview with The Wall Street Journal.”But that’s hurting — that will hurt ultimately.”

The currency hit its highest level in 13 years after Trump won the presidential election — a sign of optimism for growth. But that optimism turned to worry that U.S. businesses, especially manufacturers, will not be able to compete.

“It’s very, very hard to compete when you have a strong dollar and other countries are devaluing their currency,” Trump said.

Despite the drop, the dollar index is still up a little more than 2 percent since Trump’s election. And analysts said the dollar will bounce back soon.

“Donald Trump is the president of the U.S. so I don’t blame market participants for taking him seriously,” said Jim Rickards, editor of Strategic Intelligence. “But Trump is very mercurial, very unpredictable. He’s got a long track record of completely reversing himself.”