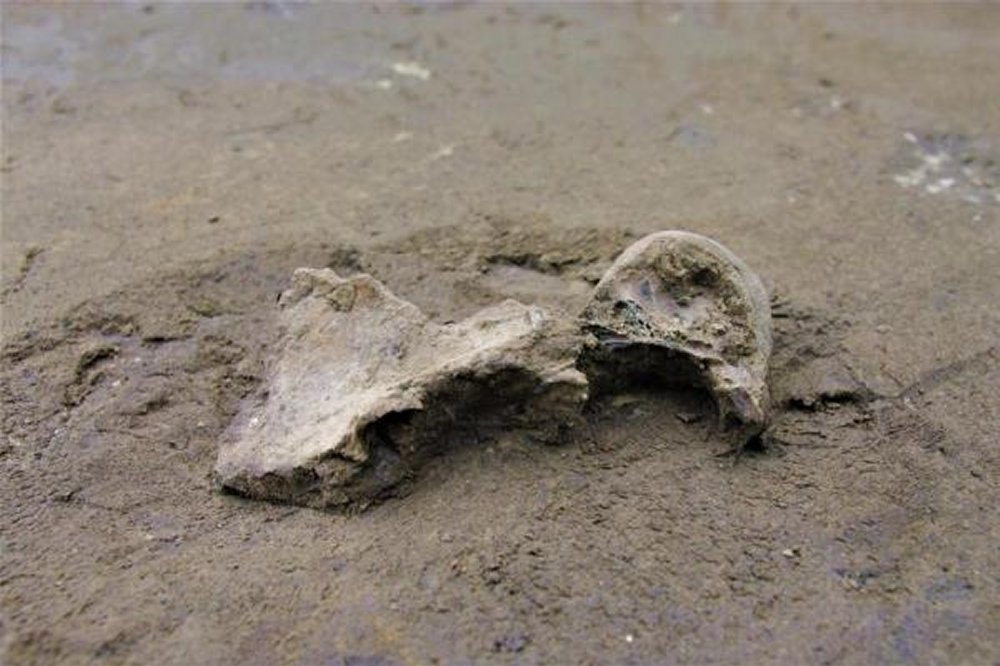 Researchers in Germany have recovered remains of a saber-toothed cat at an archaeological site in Schöningen. The fossil skull is nearly complete.

The fossil remains represent the European saber-toothed cat, Homotherium latidens. It is the third time remains of the species have been found among the relatively young sediment layers at Schöningen.

Until the first cat fossils were discovered in 2012, scientists believed the species went 500,000 years ago.

“Our findings show that 300,000 years ago, the saber-toothed cats were not as rare as previously thought,” Jordi Serangeli, a researcher at the University of Tübingen and lead excavator on the project, said in a news release.

When the fossils were first recovered, their origins weren’t clear. The fossils consisted of 11 bone fragments. When pieced together in the lab, the fragments formed a near complete neurocranium, allowing scientists to identify the species.

“We then compared the reconstructed skull with recent and already extinct species of large carnivores and were thus able to demonstrate that the remains represented the head of a European saber-toothed cat,” said Thijs van Kolfschoten, a professor at the University of Leiden.

Researchers are currently compiling their observations of all three saber-toothed cat specimens for inclusion in a forthcoming scientific paper.

Scientists believe further analysis of the newly recovered skull could yield insights into the species’ brain size and shape, as well as its visual and hearing capabilities.

Antiparasitic drug may be new treatment for brain tumors