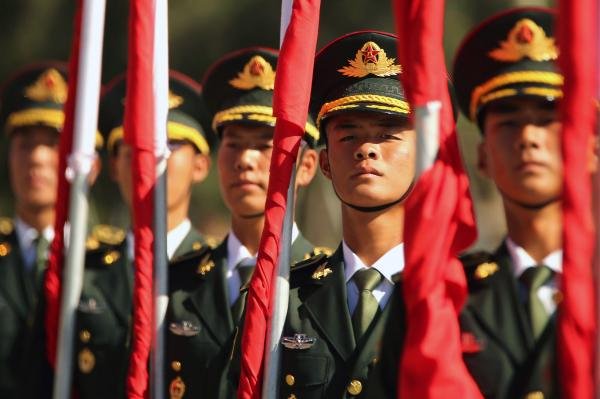 China has ordered its military to be on nationwide alert, in addition to areas near the North Korea border, as tensions escalate on the peninsula.

The Information Center for Human Rights and Democracy, a nongovernmental organization in Hong Kong, said Beijing has ordered troops at all five military “regions” to maintain preparedness because of the situation in North Korea, according to Oriental Daily News in Hong Kong.

According to the NGO, China’s armored and mechanized infantry brigades in the provinces of Shandong, Zhejiang and Yunnan received the state mandate.

About 25,000 troops of the Chinese military’s 47th group army of the Ninth Armored Brigade have been instructed to be ready to move long distances, close to the North Korea border, the Hong Kong-based organization said.

Other troops may have been mobilized.

According to Taiwan’s China Post, the Chinese government may have deployed about 150,000 troops along the North Korea border on Sunday, as U.S. and South Korea militaries conducted joint exercises in and around the peninsula.

The Global Times English edition also issued an editorial saying China would “send out troops for sure” if military conflict is sparked on the peninsula.

The editorial has since been removed from state websites, according to multiple sources.