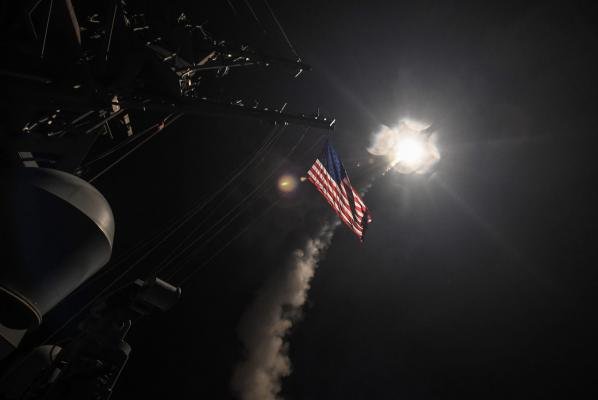 In a statement, Mattis said the U.S. military strike on Thursday targeting the al-Shayrat airbase near the city of Homs was a “measured response to the Syrian government’s use of chemical weapons,” which are banned under international law.

Mattis said President Donald Trump ordered the missile strikes “to deter future use of chemical weapons and to show the United States will not passively stand by while Assad murders innocent people with chemical weapons.”

“The assessment of the Department of Defense is that the strike resulted in the damage or destruction of fuel and ammunition sites, air defense capabilities, and 20 percent of Syria’s operational aircraft,” Mattis said. “The Syrian government has lost the ability to refuel or rearm aircraft at Shayrat airfield and at this point, use of the runway is of idle military interest.”

The missile strikes were the first known direct U.S. attack on the Syrian government since the country’s civil war began in 2011. The Assad regime is accused of carrying out a chemical attack April 4 in the rebel-held town of Khan Sheikhoun in the Idlib province. More than 80 people died and hundreds others were injured.

Mattis said the Syrian regime previously declared that its weapons arsenal was destroyed.

Russia alleges a Syrian airstrike struck a rebel warehouse containing toxic substances but Western governments, including the United States and the European Union, and Syrian monitoring groups, including the Syrian Observatory of Human Rights, accuse forces loyal to Assad of carrying out a chemical attack on a civilian population.

Russia also accused the U.S. of bombing the base to divert attention from Iraq, where a March airstrike by the U.S.-led international coalition killed about 150 civilians in Mosul.

Despite the U.S. attack, the Syrian air force carried out airstrikes from the al-Shayrat airbase on Wednesday and later attacked the town in which the chemical attack was carried out.

“The Syrian government would be ill-advised ever again to use chemical weapons,” Mattis added.

Israel closes its border with Egypt for Passover