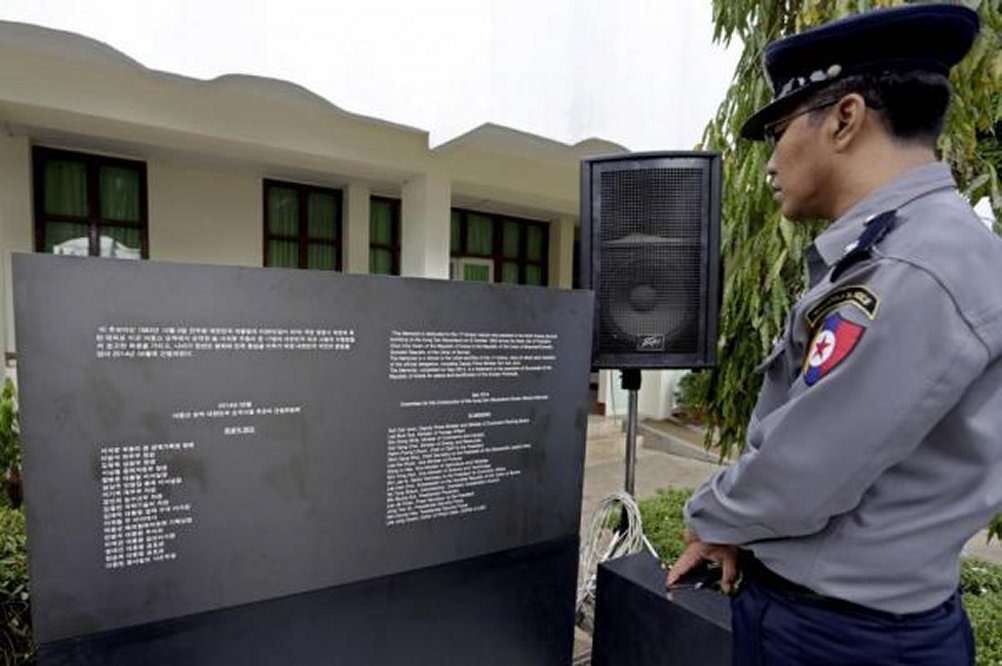 North Korean agents may have been responsible for the death of a Myanmar national after the 1983 Rangoon bombing and assassination attempt against South Korean President Chun Doo-hwan.

More than 230,000 pages of South Korean foreign ministry documents declassified on Tuesday show Seoul’s diplomats inquiring into the death of the daughter of a judge in Myanmar more than three decades ago, Segye Ilbo reported.

The judge presided over the sentencing of the North Korean bombers and his daughter was found dead in Japan two years later, according to the report.

The documents from 1986 show South Korea’s Ambassador to Geneva Lee Sang-ok met with Myanmar Ambassador U Thein Tun for lunch, to address the issue of the suspicious death.

Lee told the diplomat from Myanmar investigators found cigarette butts of North Korean origin at the location where the woman was found dead.

Suicide may not have been a motive, Lee said, according to the documents.

North Korea and Myanmar, then called Burma, suspended diplomatic relations after the Rangoon bombing, an attack that left 21 dead and 46 wounded.

The bombing targeted Chun and other visiting South Korean politicians as the group made their way to pay tribute to Burma founder Aung San at the Martyrs’ Mausoleum.

Other documents show Myanmar’s mission in Geneva received bomb threats following the incident, and China, an influential neighbor, chided Myanmar for the decision to end diplomatic ties with Pyongyang.

China had been coordinating trilateral talks between the two Koreas and the United States at the time, according to the report.

The U.S. House of Representatives recently voted by an overwhelming majority to designate North Korea as a state sponsor of terrorism after the assassination of Kim Jong Un’s older half-brother Kim Jong Nam in Malaysia.