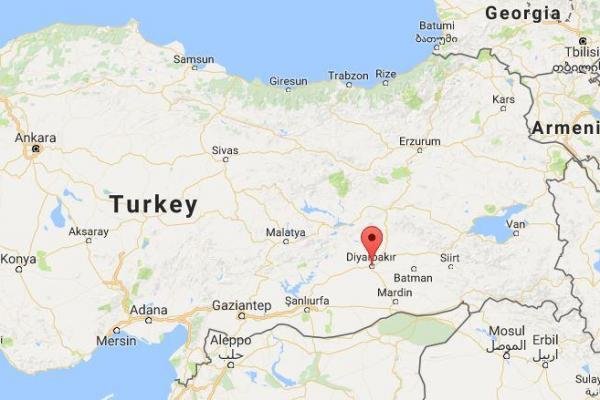 One civilian died in an explosion Tuesday that authorities described as accidental in the mainly Kurdish city of Diyarbakır in southeastern Turkey.

Five people also were injured, one critically, in the explosion at 10:47 a.m. in the central Baglar district, Doğan News Agency reported.

Authorities said a terror attack was unlikely according to initial findings and its exact cause is being investigated.

Interior Minister Süleyman Soylu said the blast originated from the vehicle during repairs. According to CNN Turk, Soylu said that the blast was accidental and there was not outside interference.

The repair shop collapsed in the explosion, and other nearby buildings and vehicles were damaged.

The explosion was heard across the province.

“An unknown explosion occurred today at 10:47 a.m. during the repair of a panzer vehicle at the repair shop of the maintenance and repair department in the provincial police directorate,” the Diyarbakır Governor’s Office said in a statement.

In November, the Kurdistan Workers’ Party rebel group was accused of carrying out a car bomb attack at the police headquarters that killed nine people and injured dozens.