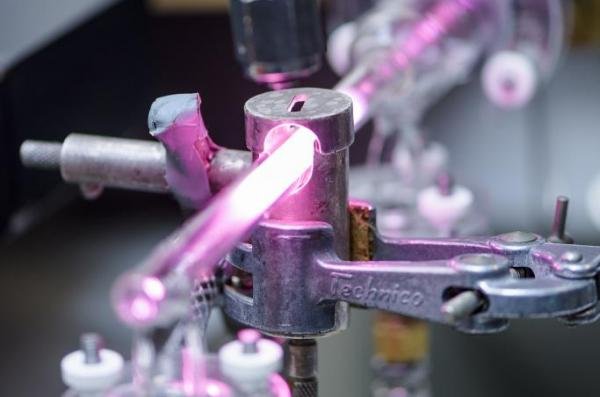 Scientists have long theorized comets delivered key ingredients for life on Earth. Scientists in Germany are currently testing the theory.

Researchers at Ruhr-University Bochum are replicating the conditions of outer space to test whether cometary chemical reactions could have yielded complex molecules like amino acids, the building blocks of proteins.

The average comet hosts all of the ingredients necessary for amino acid construction — oxygen, hydrogen, nitrogen and carbon. Scientists suspect the molecule hydroxylamine, NH2-OH, could have served as an amino acid precursor. But researchers haven’t been able to confirm the molecule’s presence on a comet flying through space.

A pair of radicals are likely to form a simple, direct bond when meeting in a gaseous environment.

“However, if we observe the reactions in the ice, anything is possible,” researcher Teddy Butscher said in a news release.

Researchers set up experiments to see whether simple molecules could evolve complex molecules like hydroxylamine in ice. Researchers supplied the ice with ammonia and oxygen and subjected the sample to high-energy radiation. Infrared spectroscopy helped scientists track chemical reactions inside the ice. Specific vibrations can reveal certain molecules.

“I think that people had not been searching for it using the right methods until now,” said researcher Yetsedaw Tsegaw.

The research is a promising first step in explaining the origins of life, but RUB scientists are quick to point out the impossibility of proving how life began. Researchers say they can only provide plausible theories backed by thorough research and scientific evidence.

“The creation of life occurred over a timescale that we cannot simulate,” said researcher Wolfram Sander. “Even though our research is of fundamental importance, it will not be able to provide a definitive answer to this question.”

Scientists create mouse that may predict next flu pandemic