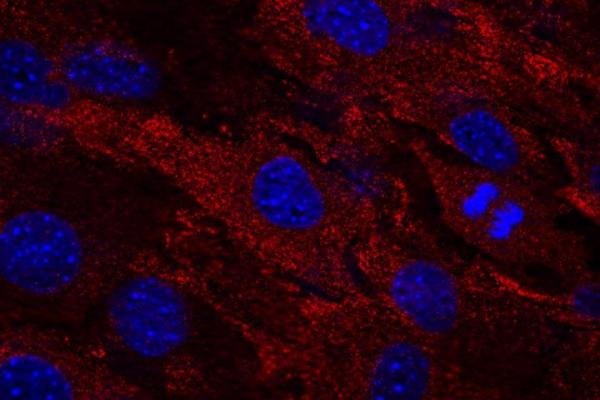 German researchers have developed a transgenic mouse that could be used to help scientists predict which new flu virus strains could cause a global pandemic.

Influenza A viruses are capable of causing global pandemics by being transmitted from pigs, birds and other animals to humans, acquiring mutations along the way that allow them to evade elements of the human immune system.

A big factor in how influenza A is able to evade the human immune system is the immune protein MxA, which can protect cultured human cells from avian flu but is ineffective against flu strains that already have the ability to infect humans.

In an effort to overcome this, scientists at the Institute of Virology at the University of Freiburg Medical Center created transgenic mice that express human MxA, instead of mice MxA.

“Our MxA-transgenic mouse can readily distinguish between MxA-sensitive influenza virus strains and virus strains that can evade MxA restriction and, consequently, possess a high pandemic potential in humans,” Peter Staeheli, of the Institute of Virology, said in a press release. “Such analyses could complement current risk assessment strategies of emerging influenza viruses, including viral genome sequencing and screening for alternations in known viral virulence genes.”

The study was published in The Journal of Experimental Medicine.

Related Topics:NucleoproteinScienceTransgenic mouse
Up Next