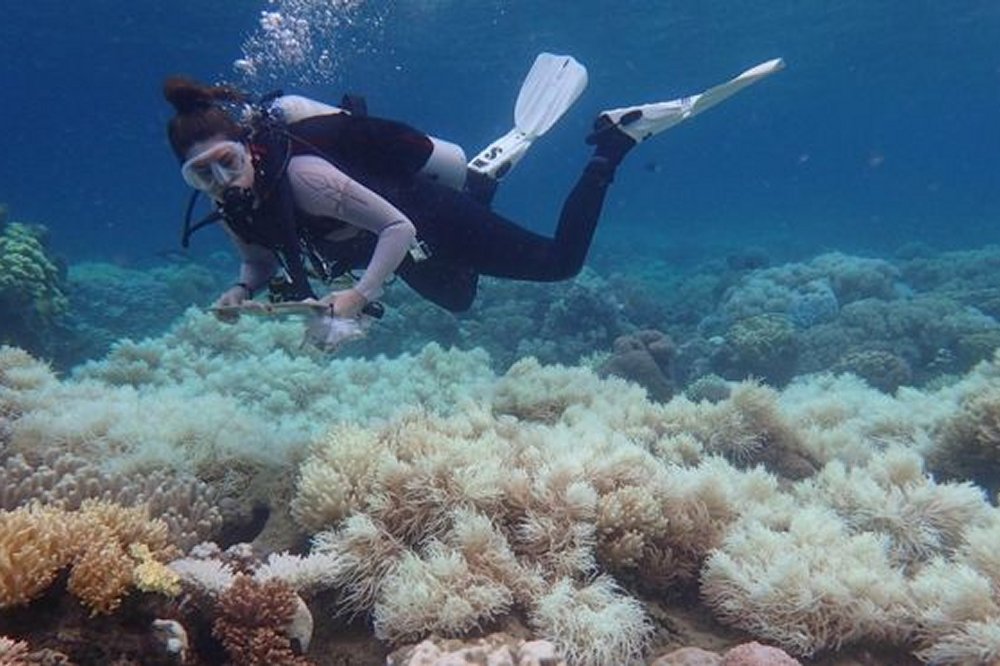 The latest damage is concentrated in the middle section, whereas last year’s bleaching hit mainly the north.

Experts fear the proximity of the two events will give damaged coral little chance to recover.

“Since 1998, we have seen four of these events and the gap between them has varied substantially, but this is the shortest gap we have seen,” Prof Hughes told the BBC.

“The sooner we take action on global greenhouse gas emissions and transition away from fossil fuels to renewables, the better.”

Almost 800 coral reefs over an 8,000km area were assessed in the surveys by the Australian Research Council’s Centre of Excellence for Coral Reef Studies.

The findings showed only the southern section was relatively unscathed.

“The central third this year, I would say, was as severe in terms of bleaching as what we saw as the northern third last year,” he told the BBC.

“For those reefs that were hit two years in a row, it’s effectively a double whammy. They have had no chance to recover from last year’s events.”

The latest damage happened without the assistance of El Niño, a weather pattern previously associated with bleaching events.

The reef – a vast collection of thousands of smaller coral reefs stretching from the northern tip of Queensland to the state’s southern city of Bundaberg – was given World Heritage status in 1981.

The UN says it is the “most biodiverse” of all the World Heritage sites, and of “enormous scientific and intrinsic importance”.