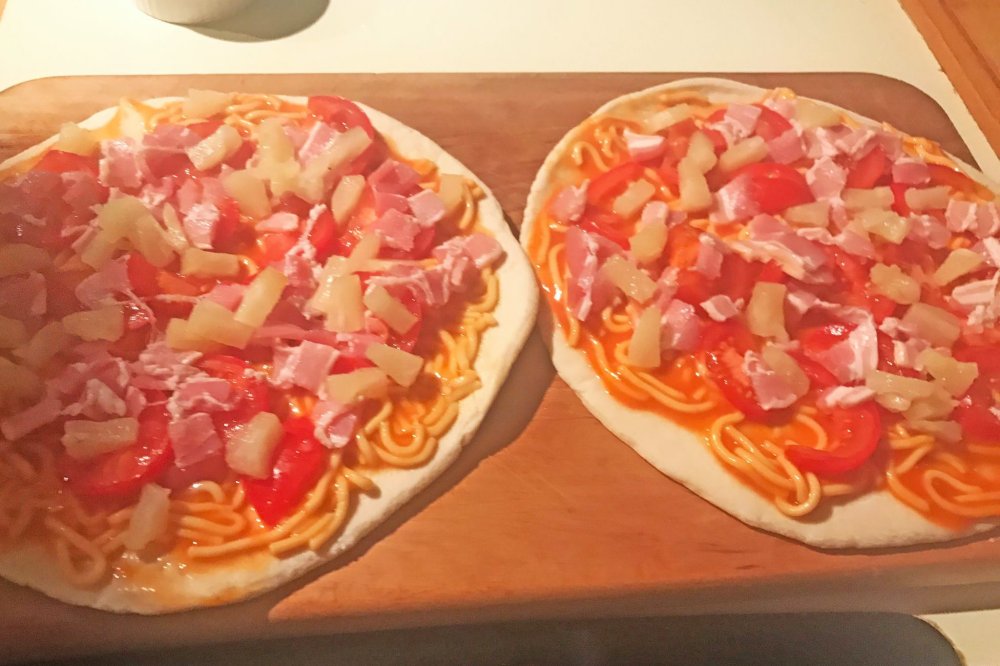 English’s Facebook post Monday revealed he is a fan of Icelandic President Gudni Johannesson’s least-favorite topping, pineapple, as well as the even more controversial canned spaghetti.

“Cooked dinner for the family last night — like if you agree with tinned spaghetti on pizza!” he wrote in the post, which included photos of his spaghetti-and-pineapple topped pies.

The post received thousands of likes from apparent fans of spaghetti pizza, while hundreds of commenters chided the premiere for violating the sanctity of their favorite dish.

“Sorry Bill, any man who puts spaghetti on a pizza is not fit to run my country, you cannot count on my vote come election time,” one New Zelander wrote.

“He put canned spaghetti and pineapples on a pizza — this mother … can I say the F-word?” Kimmel said. “That is so offensive, that is an act of war. I think he just declared war on Italy. And maybe Hawaii too. I don’t know. Impeach that man immediately, New Zealand. This is why I’ve always preferred Old Zealand.”

English defended his pizza choices Thursday in an interview with MoreFM.

“I quite often cook on a Monday night for the household and I had been goaded by my children about how my Facebook needed, every now and again, something a bit more personal,” he said.

English said store-bought pizza just don’t have enough “stuff” on them to satisfy his family.