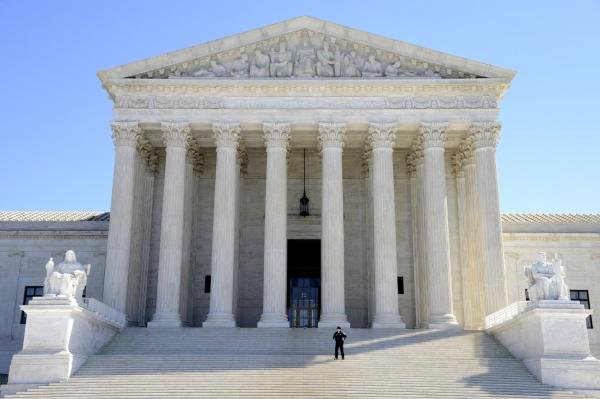 The U.S. Supreme Court on Monday ruled that criminal courts can factor in a convict’s prior sentence when weighing punishment on another charge.

The high court ruled unanimously on the issue by a vote of 8-0, which hands a victory to opponents of mandatory minimum terms and proponents of greater judicial flexibility.

The matter reached the Supreme Court in the case of Dean vs. United States — concerning an Iowa man, Levon Dean, who was convicted and sentenced on robbery and firearms charges. Dean’s attorneys said his punishment, 30 years on the firearm count and 3 years for robbery, was excessive because the judge simply imposed mandatory minimums on both counts when the mandatory term for the firearm charge was sufficient for both crimes.

The government’s position on the issue was that courts should be able to determine sentences for each offense without regard for prior sentences.

In delivering the opinion, Chief Justice John G. Roberts pointed out that no federal sentencing law specifically instructs judges to ignore other penalties when determining a convict’s punishment.

“Nothing in the law requires such an approach. There is no reason that [other] factors may not also be considered when determining a prison sentence for each individual offense in a multicount case,” Roberts wrote in the 11-page ruling. “The government’s interpretation is at odds not only with the text of those provisions but also with the government’s own practice in ‘sentencing package cases.’

“Sentencing courts have long enjoyed discretion in the sort of information they may consider when setting an appropriate sentence,” the ruling continued.

In making their determination, the justices cited the “parsimony principle, a broad command that instructs courts to ‘impose a sentence sufficient, but not greater than necessary, to comply with the four identified purposes of sentencing: just punishment, deterrence, protection of the public, and rehabilitation.”

In particular, the high court ruled that the government position disregards the concept of deterrence, which is at the root of certain punishments — particularly mandatory minimums.

“Dean committed the two robberies at issue here when he was 23 years old. That he will not be released from prison until well after his fiftieth birthday because of the convictions surely bears on whether … still more incarceration is necessary to protect the public,” the court said. “Likewise, in considering ‘the need for the sentence imposed … to afford adequate deterrence,’ the District Court could not reasonably ignore the deterrent effect of Dean’s 30-year mandatory minimum.”

Opponents to mandatory minimums have long argued that such an inflexible method of doling out prison time does not work as a deterrent, and overcrowds jails and prisons with people serving more time than they deserve.

“We’re pleased obviously and I think it’s a case where the court was reluctant to take sentencing discretion away from judges,” Families Against Mandatory Minimums Vice President Kevin Ring said Monday. “To not allow a judge to consider mandatory minimums would have blindfolded him.”