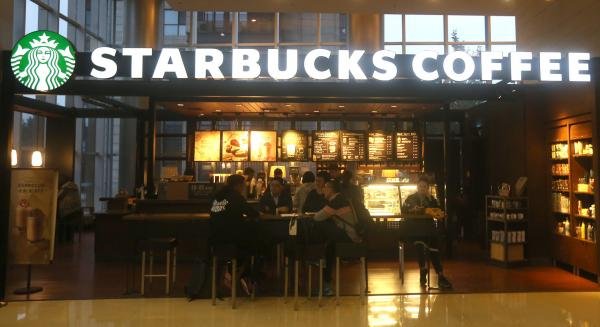 Current CEO Howard Schultz said he was delighted to hand the role over to Johnson, who is a seven-year member of the Starbuck’s board of directors who has served as president and chief operating officer since March 2015.

“This move ideally positions Starbucks to continue profitably growing our core business around the world into the future,” Schultz said.

Johnson, who spent five years as CEO of Juniper Networks and 16 years working with Microsoft during his more than 30-year career in the technology industry, said he looked forward to helming the company and continuing to work alongside Schultz.

“It is an honor for me to serve the more than 300,000 partners who proudly wear the green apron and I consider it a privilege to work side-by-side with Howard, our world-class board of directors, and a very talented leadership team,” Johnson said. “Together, we will reaffirm our leadership in all things coffee, enhance the partner experience and exceed the expectations of our customers and shareholders. We believe in using our scale for good and having positive social impact in the communities we serve around the world.”

Following the transition Schultz will continue to the run company’s premium Reserve brand, grow its tasting-room style Roastery locations and lead its social impact initiatives, including hiring refugees across its global locations and offering college benefits to baristas.

Schultz has handed over CEO powers once before, when he gave the title to company insider Orin Smith in 2000.

Smith served as CEO of Starbucks for five years before the job went to Jim Donald, who was fired amid a recession in 2008 and ultimately replaced by Schultz.

Now, Schultz said he was more involved with the transition of power to Johnson and learned the value of having a successor who spent time learning from the inside.

“I was much more deliberate and thoughtful,” Schultz said of the current transition. “By taking a longer view of how to do this in a way where there would be no pressure to assume the level of responsibility until there was the proper immersion and the opportunity to really understand the company from the ground up.”

The untold truth of Sriracha