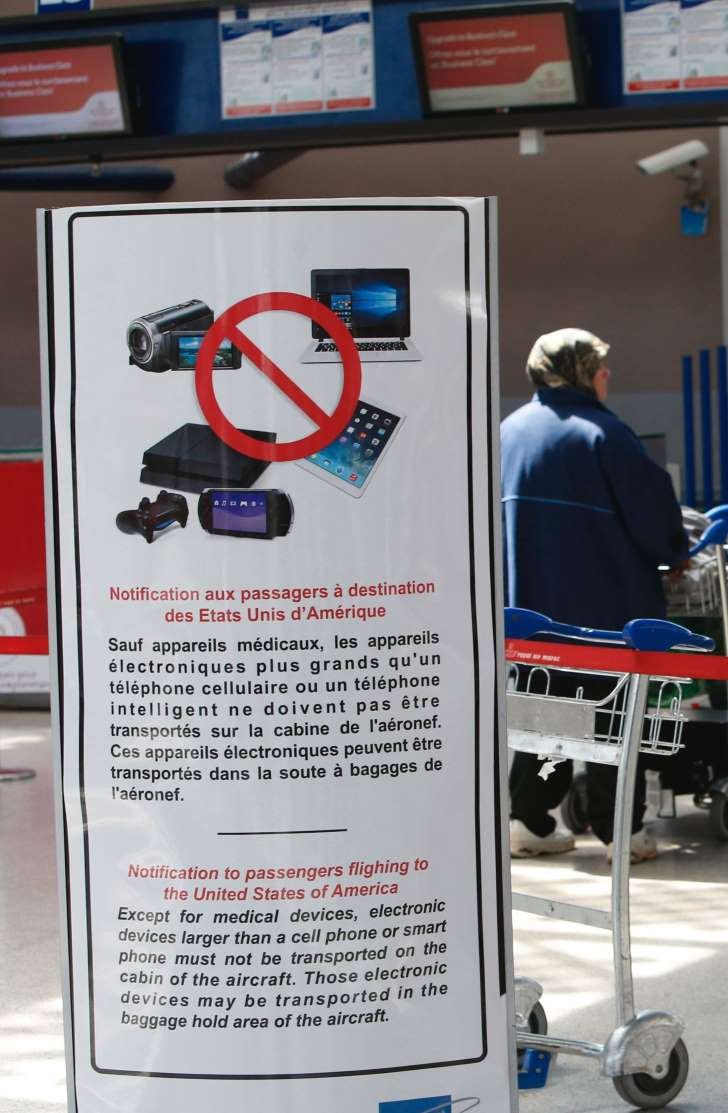 The officials, who are not authorized to comment publicly, said the vulnerabilities prompted a broader ban earlier this month on laptops and other electronics on U.S.-bound passenger planes flying out of eight countries in the Middle East and Africa.

One of the officials said that the FBI’s testing had been underway for the past several months and was prompted in part by the recovery of fragments of undisclosed materials that highlighted new bomb-making techniques that might evade current screening methods.

The development was first reported earlier Friday by CNN.

Earlier this month, the U.S. government notified nine foreign airlines in the Middle East and Africa that personal electronics larger than cellphones would be banned indefinitely in the cabins of about 50 direct flights daily to the U.S.

The secretary of the Department of Homeland Security, John Kelly, and the acting head of the Transportation Security Administration, Huban Gowadia, decided that greater security was needed based on intelligence about airlines that fly non-stop to the U.S.

At the time the precautions were announced, California Rep. Adam Schiff, the top Democrat on the House Intelligence Committee, expressed his full support for the moves.

“These steps are both necessary and proportional to the threat,” Schiff said. “The global aviation system remains a top target and proper security requires that we continually adapt our defenses.”

No imminent threat was reported. But the security measures require that passengers in the narrowly targeted zone to stow all of their tablets, e-readers, DVD players, cameras, game units, travel printers and scanners — any electronics larger than a cellphone — in checked luggage rather than in carry-on.

Kushner and Ivanka Trump Worth as Much as $741 Million