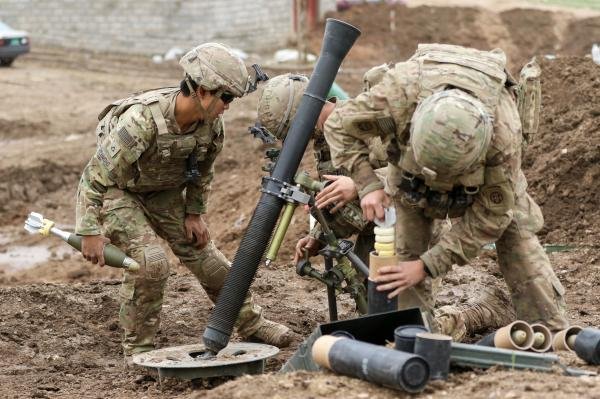 During testimony before the House Armed Services Committee on Wednesday, Votel said U.S. forces may need to increase “all-weather fire support” — military terminology for artillery support. The U.S.-backed Syrian Democratic Forces militia coalition, made up mostly of Kurdish and Arab fighters, is leading the ground offensive to capture Raqqa away from the control of the Islamic State, also known as ISIL, ISIS and Daesh, with the help of the U.S.-led international coalition.

“We have recognized that as we continue to pursue our military objectives in Syria, we are going to need more direct all-weather fire support capability for our Syrian Democratic Force partners,” Votel told the committee. “We have not taken our eye off what our principle mission is, which is to advise and assist and enable our partners … Help our partners fight, but not fight for them.”

There are about 1,000 U.S. special operations forces, Marines and U.S. Army Rangers in northern Syria helping train and support local militias as they work to surround and isolate Raqqa before launching the offensive to take the city.

“The Syrian Democratic Forces have almost completed the isolation phase of Raqqa operations and will, in the coming months, begin operations to seize Raqqa, dismantling a key node in ISIS’ external operations network,” Votel told the Committee.

The U.S.-led international coalition against the Islamic State on Thursday said the Islamic State’s annual revenue decreased from an estimated $1.9 billion in 2014 to $870 million last year.

The SDF on Sunday captured the Tabqa airbase as they approach to seize the Tabqa dam, the largest dam in Syria which is a key source of electricity for the region.