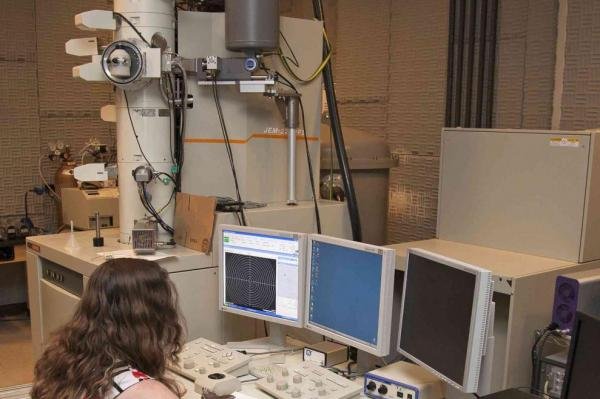 In order to image one of the world’s largest viruses, the Samba virus, scientists at Michigan State had to design and build their own microscope.

Researchers retrofitted a transmission electron microscope with a cryostage, a device used to keep biological samples frozen in liquid nitrogen. Scientists used the cryo-electron microscope to map the Samba virus and observe it as the virus invaded an amoeba.

“If the common cold virus is scaled to the size of a ladder, then the giant Samba virus is bigger than the Washington Monument,” lead researcher Kristin Parent, assistant professor of biochemistry and molecular biology at Michigan State, explained in a news release. “Cryo-EM allowed us to map this virus’ structure and observe the proteins it uses to enter, or attack, cells.”

As revealed by the latest research, the Samba opens its capsid layers, or shell, once inside the host and releases its nucleocapsid, the genetic weaponry used to jumpstart an infection.

“While scientists can’t study every virus on Earth, the insights we glean from viruses like the giant Samba can help us understand the mechanisms of other viruses in its family, how they thrive and how we can attack them,” Parent said.

Parent and her colleagues don’t own the patent for cryo-electron microscope but their feat is one of the first to demonstrate the microscope’s potential. Researchers believe the technology could be used to study a variety of biological samples, including proteins or entire cells.

“We’ve done quite a bit with our limited resources, but we’re primed to do more,” Parent said. “I think MSU could serve as a cryo-EM center and to increase the prevalence of this technology in the Midwest and beyond.”

The untold truth of Albert Einstein