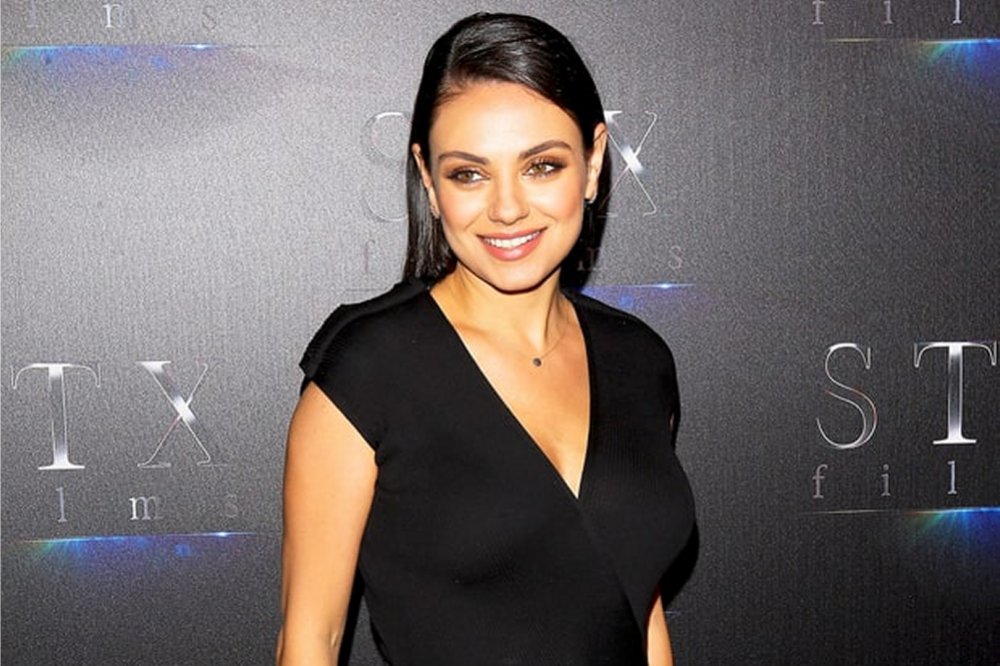 She’s back at it. Mila Kunis returned to the red carpet on Tuesday, March 28, for the first time since giving birth to her son, Dimitri, in November. The actress stepped out to promote her film A Bad Mom’s Christmas at CinemaCon in Las Vegas.

Kunis, who already has 2-year-old daughter Wyatt with husband Ashton Kutcher, described what it’s like to now have two children.

“It’s different,” she told STX Films chairman Adam Fogelson during a panel. “He’s also 3 months old, so you forget what sleepless nights are like. I remember, guys, in case you’re wondering.”

A Bad Mom’s Christmas is the upcoming sequel to Kunis’ 2016 comedy Bad Moms, which also starred Kristen Bell and Kathryn Hahn. The next film will focus on how their characters cope with their respective mothers visiting for the holidays.

“It’s so strange. I feel people have been appreciative of the voice that it gave not just women, but mothers,” Kunis said of the first movie on Tuesday. “Even men come up to me and they are like, this movie is so great, I finally understand my mom and my wife so much more. It’s so honest. Yeah, it’s very funny and very over the top, but it’s grounded in so much honesty that we as women, as mothers, all face in everyday life. It’s great.”

In May 2016, Kunis said that she and Kutcher, 39, were “selfish” before they started a family. “I think having a kid made me realize how incredibly selfless I want to be,” she told Entertainment Tonight at the time. “It does change the way you think and look at life. I would never trade it for the world. But I know that when we decided to have a kid, we were ready to no longer be selfish. Or at least start the process, because innately, as humans, we are really selfish people.”

Pirates Of The Caribbean 5′ is Already Getting Positive Buzz

Emma Thompson felt ‘too fat’ to live in LA