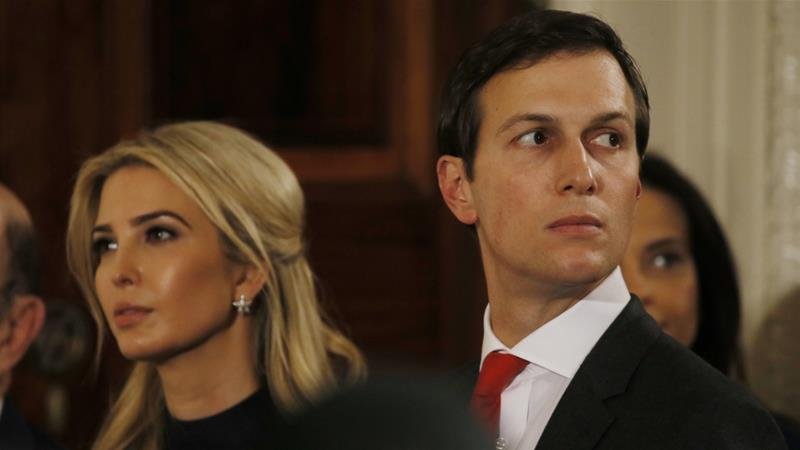 The White House has confirmed that President Donald Trump’s son-in-law, Jared Kushner, also one his most senior advisers, will testify before the Senate Intelligence Committee.

The committee is investigating alleged Russian meddling in the 2016 US presidential election, and also looking into possible ties between the Trump campaign and Russian officials.

“Throughout the campaign and the transition, Jared served as the official primary point of contact with foreign governments and officials … and so, given this role, he volunteered to speak with Chairman Burr’s committee,” Spicer told reporters.

Kushner, who is married to Trump’s daughter Ivanka Trump, has acknowledged meeting the Russian ambassador to Washington last December.

And on Monday, a Russian bank under Western economic sanctions over Russia’s incursion into Ukraine disclosed that its executives had met Kushner during the election campaign.

The Russian state development bank Vnesheconombank (VEB) said in a statement that as part of it preparing a new strategy, its executives met representatives of financial institutes in Europe, Asia and America.

It said meetings took place “with a number of representatives of the largest banks and business establishments of the United States, including Jared Kushner, the head of Kushner Companies,” the Kushner family’s real-estate firm.

VEB declined to say where the meetings took place or the dates. There was no immediate comment from Kushner.

Simply meeting with representatives of a US-sanctioned entity is not a violation of sanctions or against the law.

Allegations by US intelligence agencies that Russian actors were behind hacking of senior Democratic Party operatives and spreading disinformation linger over Trump’s presidency.

Democrats charge the Russians wanted to tilt the election towards the Republican, a claim dismissed by Trump. Russia denies the allegations.

But it has been confirmed that the Russian ambassador to the US, Sergei Kislyak, developed contacts among the Trump team.

Trump’s first national security adviser, Michael Flynn, was forced to resign on February 13 after revelations that he had discussed US sanctions on Russia with Kislyak and misled Vice President Mike Pence about the conversations.

US officials said that after meeting with Kislyak at Trump Tower last December, a meeting also attended by Flynn, Kushner met later in December with Sergei Gorkov, chairman of Vnesheconombank.

John Neffinger, the communications director of the Democratic National Committee, stressed the importance of thoroughly probing the mounting allegations of collusion between Trump’s team and Russia.

“We have no proof yet,” he told Al Jazeera. “We do know that the Russians were talking to Trump’s campaign team on a regular basis during the campaign. We don’t know what they were talking about.

The integrity of the House committee’s investigation has been put in doubt after Democrats’ complaints that the chairman, Republican Devin Nunes, is too close to Trump.

The suggestion was interpreted by the president as support for his claim that his predecessor, Barack Obama, had Trump Tower “wiretapped” during last year’s presidential campaign – despite Nunes himself saying the revelation does not back up Trump’s claim.

In the latest twist on Monday, it was revealed that Nunes visited the White House grounds to meet a “secret source” the day before he made his announcement – raising suspicion that the Trump administration had supplied Nunes with the information.

Instead of responding to top Democrats’ calls for Nunes to recuse himself from the House committee’s investigation, Trump took to Twitter on Monday evening to call on the panel to investigate his former Democrat rival, Hillary Clinton.