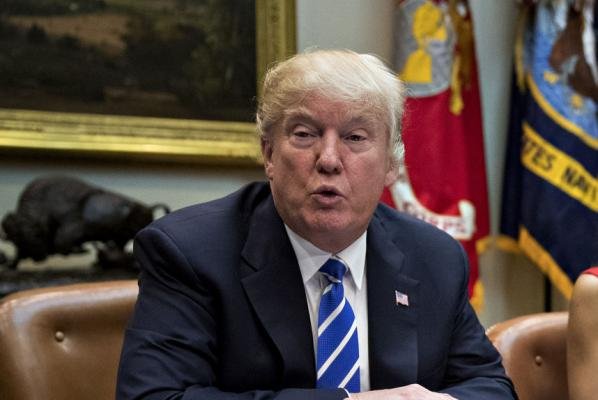 White House spokesman Sean Spicer told reporters Monday the president is expected to sign an executive order Tuesday that aims to support the energy sector by easing regulations some see as standing in the way of development.

“This order will help keep energy and electricity affordable, reliable and clean in order to boost economic growth and job creation,” he said.

Since taking office, President Donald Trump has moved through executive order to erase his predecessor’s climate legacy, starting first with a decision to fast-track the approval process for the Dakota Access and Keystone XL oil pipelines.

During the weekend, Scott Pruitt, the head of the Environmental Protection Agency, said the president is committed to finding the right balance between job growth and the environment by signing the so-called Energy Independence Executive Order.

“The executive order will address the past administration’s effort to kill jobs throughout the country through the Clean Power Plan,” Pruitt said during an interview on ABC’s This Week with George Stephanopoulos.

The final version of the Clean Power Plan set a goal of cutting emissions of carbon dioxide, a potent greenhouse gas, by 32 percent of their 2005 baseline by 2030, 9 percent more than in the original proposal.

States that depended on coal and other fossil fuels opposed the Obama-era legislation, though some had already shifted their energy mix toward natural gas and renewables. Rhea Suh, the president of the Natural Resources Defense Council, said the president was moving unilaterally by dismantling the Clean Power Plan.

“Nobody voted to sound the retreat in the fight against rising seas, widening deserts, raging heat, drought and fires,” she said in a statement.

Suh added that dismantling some of the regulations on oil and natural gas development move against the global tide, though industry supporters said it would boost the overall economic potential.

“Smart, common sense and science-based guidance and regulations will help our nation’s energy renaissance continue to provide benefits for American consumers, workers and the environment,” Jack Gerard, the president and CEO of the American Petroleum Institute, said in a statement.