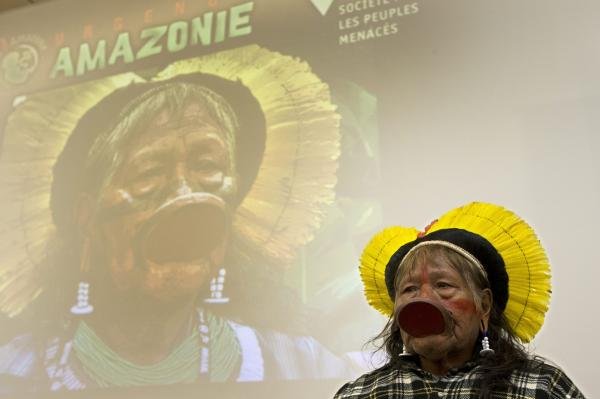 A Brazilian airline has agreed to pay $1.3 million to an Amazon tribe as compensation for damages for a 2006 plane crash the tribe says cursed the land.

The Gol Transportes Aéreos airline agreed to pay the funds on Monday as “material and spiritual compensation” for the September 2006 crash in which two planes collided in mid-air over the Amazon jungle in Brazil’s state of Mato Grosso.

One of the airplanes, a Boeing 737, belonged to Gol. The other was an Embraer Legacy 600 private plane headed to the United States. Gol’s plane crashed in the middle of the Caiapó reservation, killing all 154 people aboard, while the smaller private plane managed to fly to a nearby airport and land safely.

An investigation by the Brazilian government concluded that the collision was caused by errors by the private plane’s pilots and by Brazil’s air traffic controllers, while the U.S. National Transportation Safety Board, which also investigated the crash, found that the flight crews on both planes had acted properly, but that the planes had been put on a collision course by air traffic controllers in Brazil.

Following the crash, the Caiapó refused to go back to the area where the plane’s debris fell — saying the land is polluted and cursed with the presence of the dead. The tribe was relocated to another part of the reserve.