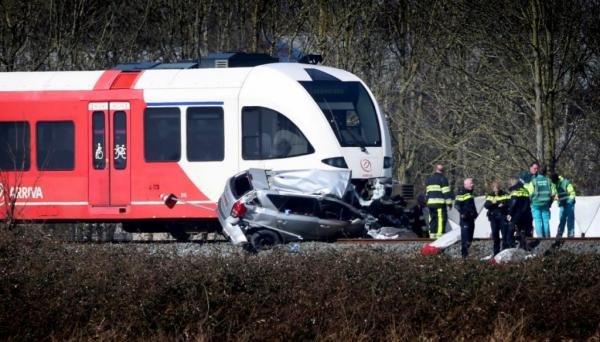 A train struck a car at a crossing near Harlingen, Netherlands, on Monday and dragged it more than 900 feet, killing its two occupants, police said.

An unidentified adult and a child died in the wreck. The car was on an unmanned level crossing when it was struck by the passenger train. Rd warning lights were installed at the crossing, Dutch news service the Leeuwarder Courant reported.

The victims were returning from a local farm after a school trip in which about 20 children, ages 4 and 5, visited young farm animals. Because of the damage to the car, it was unclear if more people were in the vehicle. After several hours police established there were two people in the car.

The train was traveling from Harlingen to Leeuwarden when the accident occurred. Rail services were suspended on part of the Netherlands’ rail system after the crash.

A similar incident occurred at the same site in 2016 when a car was struck by a train. The driver, the only person in the car, escaped unharmed.