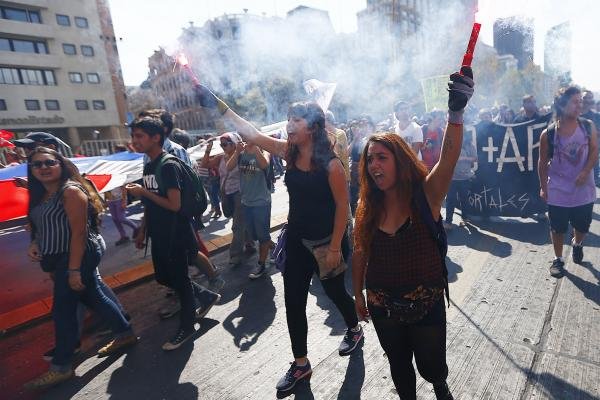 The privately funded Pension Fund Administrators, or AFP, was first established in 1981 and was once praised by pro-market politicians and economists worldwide. But critics say the system benefits those who run the AFP and the wealthy while poorer Chileans are given less than $400 a month.

Protesters are calling on Chilean President Michelle Bachelet to dismantle the system and replace it with a social security system that is public and funded by the government, employers and employees. Bachelet reformed the AFP during her first term and reduced the commission private pension management companies can charge. AFP manages the pension funds of about 10 million workers, TeleSur reported.

Related Topics:ChileLatin America
Up Next