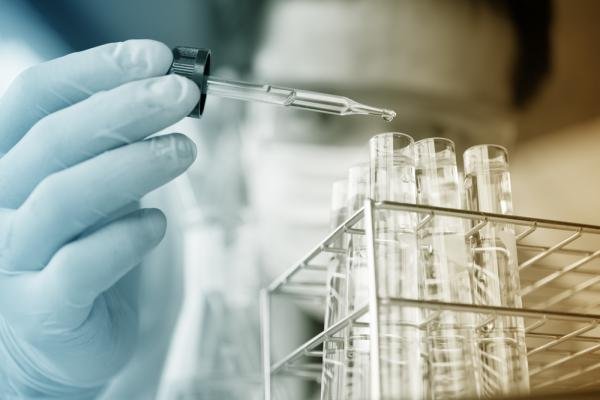 Scientists from the University of Bath in England have developed a color changing test that has the potential to help advance cancer research.

Patients with different types of cancer, including prostate cancer, have higher than normal levels of a protein known as AMACR and that protein is linked to aggressiveness in cancer. Researchers have found that lowering levels of AMACR reduces the growth of cancer cells and revert them to more normal behavior.

Current methods to easily measure the functional levels of AMACR do not exist.

But researchers from the Department of Pharmacy & Pharmacology have developed an easy and low cost test that turns a clear liquid bright yellow in the presence of AMACR within minutes.

“The research suggests new ways of treating cancer can be developed based on reducing AMACR function, which is exciting, but progress has been extremely limited because of the technical difficulties in measuring function,” Dr. Matthew Lloyd from the Department of Pharmacy & Pharmacology at Bath, said in a press release. “One of the important things about our test is that we can now quickly analyze samples and start investigating the development of new treatments based on reducing AMACR function. It will also allow investigation of the underlying biology, which is currently poorly understood. There is also potential for developing the method into a new way of monitoring the cancer. This is an extremely significant step forwards in the field.”

The color changing test allows for testing of many samples quickly at the same time and the functional level of AMACR can be determined more accurately than current methods.

The study was published in Chemical Communications.