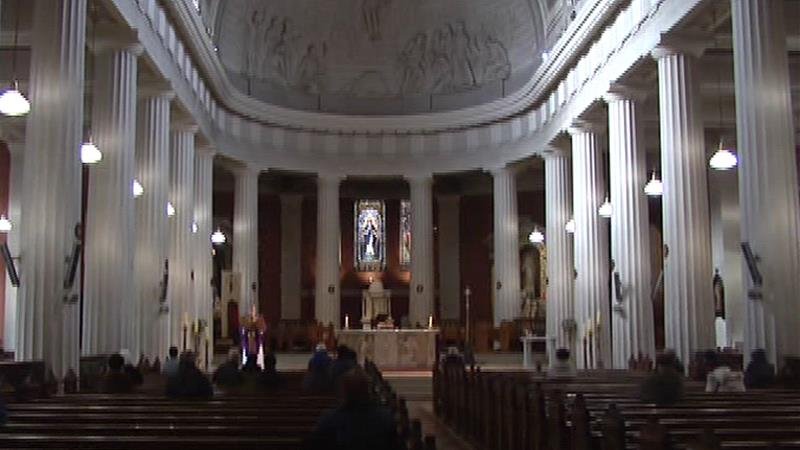 When human remains were discovered in a septic tank in Tuam, in western Ireland, last month it didn’t come as a complete surprise to everyone.

The unearthing at the site – a former home for unmarried mothers – was the result of a government commission charged with investigating claims of abuse by religious orders. Excavations uncovered an underground structure where human remains were found.

Local historian Catherine Corless had initially uncovered details of a mass grave at the home run by the Catholic Church affiliated Bons Secours, where fewer than 200 infants born to unmarried mothers had been unofficially buried in a disused sewage tank.

But a 2014 email sent by Bons Secours’ PR representative Terry Prone to filmmaker Saskia Weber dismissed the need for an investigation into the site, saying: “If you come here, you’ll find no mass grave, no evidence that children were ever so buried, and a local police force casting their eyes to heaven and saying ‘Yeah, a few bones were found’ – but this was an area where famine victims were buried. So?”

My baby was taken from me

For many in Ireland, the discovery has reignited painful memories of the nation’s treatment of single mothers who broke the strict cultural and social norms of a deeply conservative society.

Long after the nuns had closed the doors of the home in Tuam in 1961, Louise Gallagher found herself in one of Ireland’s last Mother and Baby Homes in 1988.

“When I heard about Tuam. I didn’t feel right. I felt awful but I couldn’t explain it,” the 44-year-old says. “Younger women like me didn’t have it as bad as the older ones, we didn’t have to work for years in the laundries, so you feel guilty for being upset.”

“But really, I was never right after my baby was taken from me. It’s like being in a permanent state of grief.”

Louise, who lived in rural Ireland, discovered that she was pregnant when she was 16. But being a single mother carried a stigma perpetuated by the Catholic Church and spurred on by wider society.

She was sent to a Mother and Baby home run by nuns in Dunboyne town, Meath County.

“It was arranged between my mother, the local doctor and Cura – a Catholic crisis pregnancy organisation,” she says.

“I spent two months there, the place was full of girls when I arrived. My mother said I would have to sleep on the floor if there was no bed for me.”

“I never had a choice, I felt powerless and that I should be grateful.”

During their most brutal years – which spanned nearly a century – thousands of children perished in them due to malnutrition and lack of care. They were thrown into mass graves on land owned by the Catholic Church.

Many women entered as minors and were forced to give their children up for adoption, signing the papers under the watchful eyes of nuns and social workers.

“They used us to make money,” says Louise. “We used to pack cards for the nuns in the home, we weren’t forced to but you were made to feel grateful even when they took our babies.”

“They were also getting money from the government to ‘deal with’ us. One wealthy girl I shared a room with told me her parents were giving a donation to the nuns and the couples that got our babies also gave donations to the Orders.”

“We were brought from the home into Holles Street Hospital, in Dublin, for maternity care and then the Catholic Protection and Rescue Services of Ireland who managed our forced adoptions. Everyone was taking their cut,” she adds.

Despite the discovery in Tuam, the religious Orders in Ireland have failed to contribute to redress schemes for women whose children died or were adopted out of Mother and Baby homes.

Ireland’s Minister for Health Simon Harri, has demanded a more hardline approach to the Orders, which have failed to compensate the victims of church abuse.

So far, the religious Orders – who are supposed to pay for half the scheme – have contributed €192 million ($207m) of the €1.5 billion ($1.6bn) required to compensate those affected.

Clare Daly, an independent member of parliament, says the schemes are poorly constructed and allow both the Church and the state to shirk responsibility. But she agrees with Harris that more needs to be done to hold the religious Orders to account.

“Obviously the original deal was a bad one for the Irish taxpayer and the survivors of abuse, and a good one for the religious Orders who got off very lightly. At this stage huge pressure should be put on the religious organisations to fulfil their original commitments. While it seems that they have no legal obligation they certainly have a moral one,” she says.

As well as refusing to fully compensate the women sent to Mother and Baby homes, the religious Orders have been accused of silencing those who say they were abused in Church-run, state-funded industrial schools for orphans and children of unmarried parents.

Tom Wall, from the small town of Glin, County Limerick, was sent to an industrial school run by the Christian Brothers, after a judge signed a document giving the Church custody of him. He remained there from 1952 until he turned 16 in 1965.

During that time he says he was sexually abused and routinely beaten. Tom, who wrote a book about his time in Glin, is now embroiled in a legal battle with the Christian Brothers, who he claims are deliberately trying to conceal the extent of abuse faced by children under Church guardianship.

“When the Christian Brothers were leaving Glin in 1973, I was ordered by the Superior Brother Murry to burn all the documents that he gave me, but was told that I could keep any that I particularly wanted,” he recalls.

“As I was looking for my own file I held back some of the documents that I had been told to burn and I put them in the attic of a house in Glin. In 2015, I donated this collection to the University of Limerick.”

Tom was the last boy sent to the industrial school, but his battles with the Order he says abused him haven’t yet ended.

The Christian Brothers are currently asserting property rights over the files and letters sent to the boys by family members who tried to contact them. The Order claims the documents are the property of the Church and do not belong in the university archives.

“I don’t understand how the Christian Brothers who were found guilty of serious physical, sexual and emotional abuse of children that were under state care in the industrial schools can now claim to own the last remaining documents recording the lives of these boys, many of whom they abused,” the 67-year-old says.

Clare thinks files like those Tom preserved need to be handed over to the government to fully assess the scope and impact of Ireland’s history of confinement.

“The state should act on the recommendations and requests that survivor groups have been communicating for years now, to include everyone in the investigation, to hand over all the files held by the relevant institutions and carry out a full audit of those files,” she says.

Al Jazeera wrote to the European Province of the Congregation of Christian Brothers to request comment but did not receive a reply by the time of publication.

As Ireland grapples with the latest in a long line of Church scandals, those sent to Catholic institutions remain at the coalface of costly legal battles against a Church that shows little sign of remorse and a state frequently criticised by the United Nations for failing to provide adequate redress.

Wendy Lyon, a human rights lawyer based in the Irish capital Dublin, represents survivors of institutional abuse. She claims Ireland’s statute of limitations and ex gratia tags – which absolve the state of responsibility – are blockades to justice for survivors of these institutions.

Wendy believes the state will only address cases of historical abuses when prompted by the media, and uses its legal cannon to block those seeking financial redress.

“Currently the state is obstructing women from access to these inadequate schemes. Now we have two cases in the court for women locked out of schemes, for not fitting their criteria. The state is going to great lengths to keep them out of financial redress, which is strange when you consider how much they pay in legal costs,” she says.

Louise says that she continues to be haunted by the unrepentant attitude of the Church.

“I firmly put the blame on the Church,” she says. “The society enabled it and funded it but they guided the values at the time. I’ve spent my whole life feeling inferior because of them, since I was 16, I just don’t know what it is like to feel normal. I still feel so much shame.”