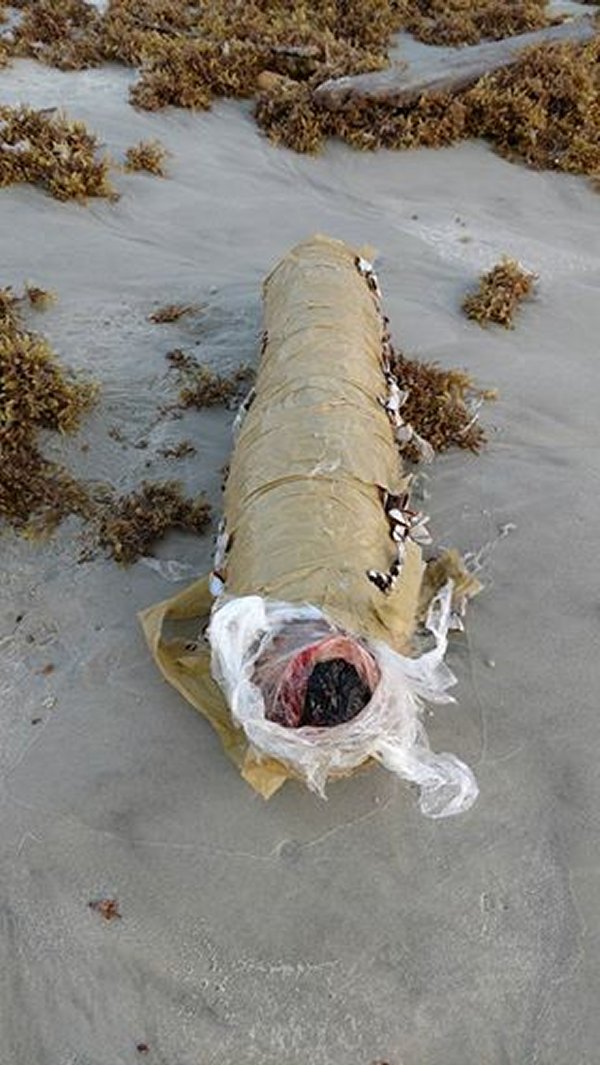 A Florida man taking a morning walk on the beach made an unusual find — a huge bundle of marijuana rolled up like a giant cigar.

Jeff Stolowitz, who posted photos of his discovery to his Behind Daytona page on Facebook, said he was walking just north of the University Boulevard approach in Daytona Beach when he spotted the bundle, which had a red substance on it that he initially feared was blood.

“The reason I called Beach Patrol was due to the end looking bloody,” Stolowitz told the Daytona Beach News-Journal. “It was a bit troubling to look at.”

“Looking at the size and shape, it may weigh about 10 pounds including water weight,” Berard said.

Stolowitz said one of the officers on scene guessed the package may have been in the water for about two weeks, judging by the amount of accumulated barnacles.

Berard said drugs occasionally wash up on the beach and are either destroyed or turned over to other agencies.

“We will contact Border Patrol to see if they have any interest in it. If not we’ll package it for destruction,” Berard said.