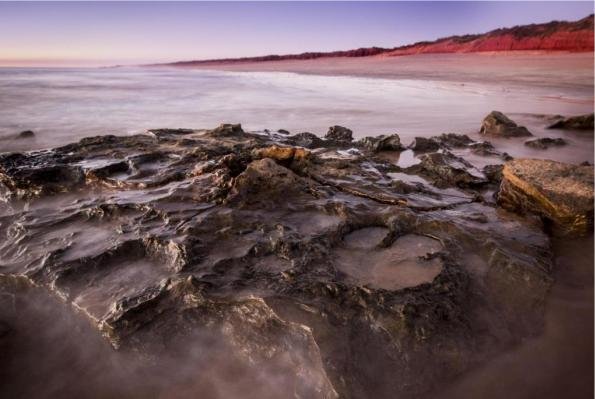 Lead researcher Steve Salisbury called the coastline the “Cretaceous equivalent of the Serengeti.” The scientists described the area’s significance in the Journal of Vertebrate Paleontology.

“It is extremely significant, forming the primary record of non-avian dinosaurs in the western half [of] the continent and providing the only glimpse of Australia’s dinosaur fauna during the first half of the Early Cretaceous Period,” Salisbury, a professor at the University of Queensland, said in a news release. “It’s such a magical place — Australia’s own Jurassic Park, in a spectacular wilderness setting.”

In 2008, the government of Western Australian earmarked the Walmadany land as the site of a liquid natural gas processing plant. On account of the rich paleontological resources and spiritual significance to local aborigines, the land was granted National Heritage status in 2011. The gas plant plans fell apart in 2013.