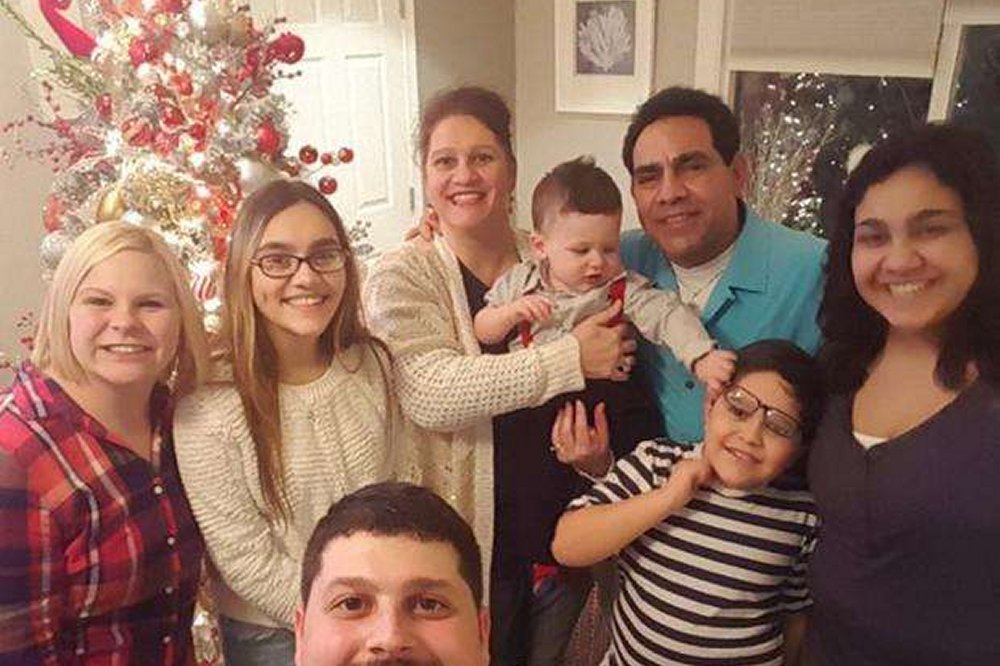 When Helen Beristain told her husband she was voting for Donald Trump last year, he warned her that the Republican nominee planned to “get rid of the Mexicans.”

Defending her vote, Helen quoted Trump directly, noting that the tough-talking Republican said he would only kick the “bad hombres” out of the country, according to the South Bend Tribune.

Months later, Roberto Beristain — a successful businessman, respected member of his Indiana town and father of three American-born children — languishes in a detention facility with hardened criminals as he awaits his deportation back to Mexico, the country he left in 1998 when he entered the United States illegally.

“I wish I didn’t vote at all,” Helen Beristain told the Tribune. “I did it for the economy. We needed a change.”

Critics on the left have blasted Beristain for not taking the president’s rhetoric seriously and allowing his administration to plunge the country into what they consider a chaotic and inhumane immigration debacle. Critics on the right have inundated the family with racist threats and attacked Beristain for giving refuge to the love of her life, a man they consider a foreign interloper.

Caught in the middle of the fiery political clash are people like Roberto Beristain — people who have built a successful life inside the confines of the fuzzy legal limbo in which they exist. Supporters say the 43-year-old has never broken the law and doesn’t have so much as a parking ticket on his record. The mayor of South Bend, Ind., the conservative community that the Beristains call home, called him “one of its model residents.”

But Roberto Beristain’s clean record didn’t stop Immigration and Customs Enforcement officials from arresting him when he showed up for his annual meeting with the agency on Feb. 6.

Beristain — who has a Social Security card, a work permit and a driver’s license — was expecting to return home to his family and business. Instead, he was taken into custody, setting off a last-ditch effort by family members and lawyers to free him. Thus far, those efforts have failed. Family members told the Tribune that ICE officials had informed them that Beristain would be deported on Friday.

Beristain came to the United States in 1998 to visit an aunt in California, but he decided not to return to Mexico, according to the Tribune. He would go on to marry, start a family and put down roots in Indiana, where he is the owner of a popular restaurant called Eddie’s Steak Shed, which employs 20 American citizens, advocates told The Washington Post. He has worked at the restaurant for the past eight years and bought it from his sister-in-law in January.

And yet, by cooperating with ICE officials, Beristain was able to lead a normal life in plain view, one that included a work permit and a driver’s license. He even has a Social Security number that says “Valid only with Department of Homeland Security authorization,” the Tribune reported.

Jason Flora, an Indianapolis lawyer who has worked on Beristain’s case, said that, under his previous agreement with DHS, Beristain had an “order of supervision,” which allows immigrants with a removal order to remain in the country for a humanitarian reason, such as having sole custody of children or taking care of family members.

Reached by phone Friday afternoon, the family’s spokesman, Adam Ansari, a Chicago lawyer, told The Post that ICE officials had told him that Beristain would be moved from his current location inside a county jail in Kenosha, Wis., to New Orleans, where he’ll be held two more weeks before being deported to Mexico.

The situation is always fluid and accurate information is often hard to come by, Ansari said. What was clear, he said, was that the entire process since Beristain’s arrest had been “inhumane” and that the family is “distraught.”

“This is hurting the entire community, and people are scared,” he added.

“For operational security reasons, ICE does not release information regarding upcoming removals,” she added.

Stories such as Beristain’s — in which law-abiding parents are deported because of their immigration status — have inundated the news media in recent months. The Twitter account “Trump Regrets” has amassed nearly 260,000 followers by re-tweeting disappointed and angry Trump voters.

“Previously,” as The Post’s Samantha Schmidt and Sarah Larimer reported last month, “the Obama administration prioritized the deportation of people who were violent offenders or had ties to criminal gangs. Trump’s executive order on Jan. 25 expanded priorities to include any undocumented immigrants who had been convicted of a criminal offense.”

“Personally, I think the president should be giving him a handshake,” Flora said. “Either Trump was lying when he said we were only deporting bad guys, or Trump’s view of bad guys is so expansive it can literally include every single immigrant.”

Days after Beristain’s arrest, Flora said, he filed a “stay of removal” to prevent deportation, but it was rejected on March 15.

“Once the case is finalized and done, there’s really no reason to keep him around in their eyes,” Flora said, referring to ICE. “They think, ‘Why take up jail space for no reason if all the legal options have been exhausted?’ ”

Flora said the decision to deport Beristain is a “wildly disproportionate” response when measured against the law he broke nearly two decades ago.

“If you asked 100 people to paint you a picture of a bad guy, no one would draw anyone remotely resembling Roberto,” he said.