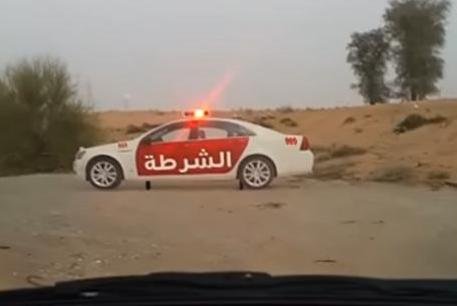 A driver in the United Arab Emirates shared a video of the unusual means police are using to prevent speeding — a sign that looks like a police car.

The video shows what appears to be a police car with its lights flashing at the side of a road, but something appears off about the vehicle as the filmer approaches.

The driver stops near the police car, revealing its wheels aren’t quite touching the ground, and then drives past — revealing the “car” was actually just a flat sign that appears from the front to be the side of a real three-dimensional car.

The filmer said they shot the video after initially being fooled by the sign.

“It was shocking moment for me. I thought it was a real police car so immediately I fastened my belt and lowered my speed. When I turned around, it was a joke for me,” they wrote.

Soda bottle arm brings a little boy ‘back to life’