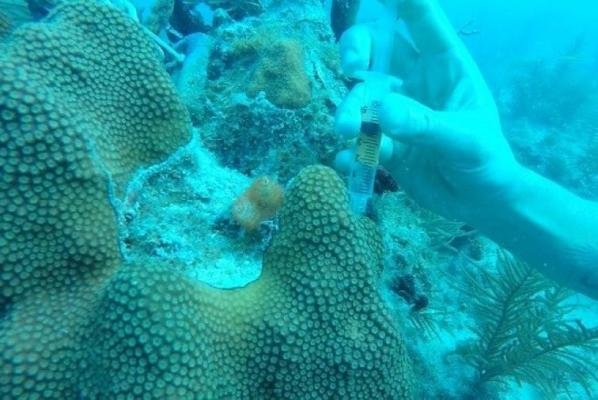 New research suggests land-based sources are tainting coral reefs with invasive bacteria and fungi. The foreign organisms could upset the microbial balance of an ecosystem already under threat from global warming.

The results, published in the journal Applied and Environmental Microbiology, suggest input sources like outflows from sewer systems are introducing land-based microbes to costal ecosystems such as reefs.

“The metagenomic data we have now strongly suggests that anthropogenic input sources are becoming established on reefs,” Michael Sadowsky, a professor of microbiology at the University of Minnesota’s Biotechnology Institute, said in a news release.

Previous studies have shown discrepancies between the microbial makeup of coral reefs farther away and those closer to shore. Still, scientists say they need additional research to confirm the microbial anomalies are explained by terrestrial invasion.

“We would need to infect part of a pristine reef in a lab mesocosm study and follow the microbial ecology — the growth and survival–of the microorganisms that become established on the reef,” Sadowsky said.

Scientists have previously demonstrated the importance of a healthy, balanced microbiome to thriving coral reefs. Researchers estimate a disruption of a reef’s natural bacterial makeup would likely cause significant ecological damage.