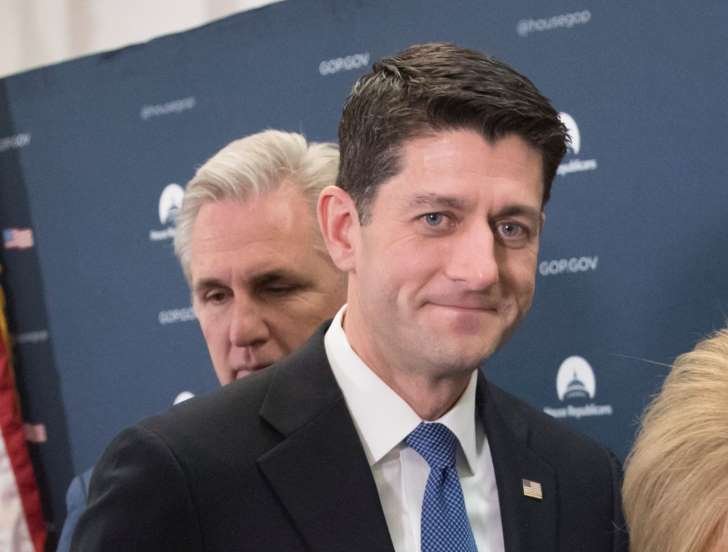 House Republican leaders abruptly pulled a Republican rewrite of the nation’s health-care system from consideration on Friday, a dramatic acknowledgment that they are so far unable to repeal the Affordable Care Act.

“We just pulled it,” President Trump told the Washington Post in a telephone interview.

The decision came a day after President Trump delivered an ultimatum to lawmakers — and represented multiple failures for the new president and House Speaker Paul D. Ryan (R-Wis.).

The decision means the Affordable Care Act remains in place, at least for now, and a major GOP campaign promise goes unfulfilled. It also casts doubt on the GOP’s ability to govern and to advance other high-stakes agenda items, including tax reform and infrastructure spending. Ryan is still without a signature achievement as speaker — and the defeat undermines Trump’s image as a skilled dealmaker willing to strike compromises to push his agenda forward.

Rep. Bradley Byrne (R-Ala.), who planned to vote for the legislation, said that Friday would have been the “first big vote in the presidency of Donald Trump. I think it’s a statement, not just about him and the administration, but about the Republican Party and where we’re headed.”

“So much about political power is about perception. And if the perception is that you can’t get your first big initiative done, then that hurts the perceptions down the road about your ability to get other big things done,” Byrne said in an interview before the decision.

The decision came hours after Ryan visited the White House to warn Trump that despite days of intense negotiations and sales pitches to skeptical members, the legislation lacked the votes to pass.

Trump had personally lobbied 120 lawmakers, either in person or on the phone, White House press secretary Sean Spicer reminded reporters on Friday. The president had “left everything on the field,” Spicer said.

Spicer said that no matter what happens, the White House did not think that defeat would slow other parts of Trump’s agenda including tax reform and immigration reform.

Vice President Pence, White House Chief of Staff Reince Priebus and Health and Human Services Secretary Tom Price also made a last-ditch attempt to win over members of the hard-line House Freedom Caucus, huddling with them at midday at the Capitol Hill Club, a GOP social hall next door to the headquarters of the Republican National Committee. All three exited the meeting quickly without taking questions.

Another moderate, Rep. David Joyce (R-Ohio) — who had met with Trump on Wednesday night — said he would vote against the bill. So did Rep. Barbara Comstock (R-Va.), a longtime Ryan friend and ally who represents a competitive Northern Virginia congressional district.

Rep. Paul Gosar (R-Ariz.), a Freedom Caucus member, was one of six Republicans who voted against a procedural resolution bringing the bill to the floor on Friday morning.

“You know what? I came here to do health care right,” said Gosar, a dentist. “This is one chance we that can get one-sixth of our GDP done right. It starts with here.”

At the heart of the argument made by GOP leaders to skeptical members: Keeping the Affordable Care Act is a worse outcome than passing a potentially flawed replacement.

“You want to score a touchdown, but sometimes, on the fourth down, you kick a field goal,” said Rep. Joe Barton (R-Tex.), the longest-serving member of Congress in the Freedom Caucus. “The choice is yes or no. I’m not going to vote no and keep Obamacare. That’d be a stupid damn vote.”

At the White House on Friday morning, Trump projected confidence as he answered shouted questions following an announcement of a presidential permit for the Keystone XL pipeline, a revived project that the president said would create jobs.

Asked by a reporter what he would do if the bill fails, Trump — seated at his Oval Office desk — shrugged and said: “We’ll see what happens.”

Trump also said he didn’t feel the process had been rushed and that Ryan should remain as speaker if the bill fails.

On Twitter, Trump said that “After seven horrible years of ObamaCare (skyrocketing premiums & deductibles, bad healthcare), this is finally your chance for a great plan!”

With 237 House Republicans, party leaders can afford only 21 or 22 defections, depending on how many Democrats are present on Friday. If the measure fails, it would be a defeat for Trump in his first effort to help pass major legislation. An unsuccessful vote could also jeopardize other items on his wish list, including a tax overhaul and infrastructure spending.

No matter what happens in the House, the ultimate fate of the legislation hinges on the Senate, where new uncertainty emerged about the timing of a vote despite earlier guidance that Senate Majority Leader Mitch McConnell (R-Ky.) planned to push for a vote next week.

The Congressional Budget Office warned senators on Friday that recalculating the rewritten House bill could take a week or more to produce, said several officials familiar with the discussions, who were not authorized to speak publicly about the matter.

That was expected to upend McConnell’s plan to finish their work and send the legislation to the White House for Trump’s signature before a two-week Easter recess, according to three people briefed on the matter.

Senate budget rules require that party leaders provide an official estimate of how much the legislation would cost and how it would change the deficit before scheduling a vote.

Republicans have a 52-to-48 advantage in the Senate, but at least a dozen Republicans are on the fence about the legislation, because many of them want to maintain some of the current law’s more generous spending components.

When formal debate on the bill began on Friday morning, top leaders used a procedural vote to gauge last-minute support. House Majority Whip Steve Scalise (R-La.) was seen conferring with Rep. Christopher Smith (R-N.J.), a key holdout. House Ways and Means Committee Chairman Kevin Brady (R-Tex.) sat in the row behind them cajoling Rep. Patrick Meehan (R-Pa.), another moderate who has yet to announce what he plans to do.

Rep. Mark Meadows (R-N.C.), who chairs the Freedom Caucus, did not respond to requests for comment on Friday about his plans.

Rep. Ken Buck (R-Colo), a caucus member who said before the election that minor losses in the House Republican ranks would increase conservative clout, said he remained undecided.

“I’m examining life experiences,” he said. Asked to explain what he meant, he said he was joking.

Rep. Peter King (R-N.Y.), a moderate who had expressed qualms as recently as Tuesday, when he was singled out by Trump inside a private meeting of House Republicans, said he had all but decided to vote for the bill.

“I’m not one they should worry about,” he said.

Rep. Louie Gohmert (R-Tex.), one of Trump’s most ardent congressional supporters, said he remained opposed to the legislation because it made more political sense to keep current law than to start rewriting it.

“A no vote means we save Donald Trump from a Democratic majority in 2019,” Gohmert said. “If this passes, then Obamacare stays.”

Republican leaders on Thursday introduced several tweaks intended to appeal to skeptics on either ideological flank. The amendment looks to appease moderates by adding $15 billion to a flexible fund for states to pay for maternity, mental health and substance abuse programs under Medicaid. That money adds to an existing $85 billion pot of money created by leaders earlier in the week.

The amendment attempted to appease conservatives by allowing states to determine the minimum standards for health insurance plans. It would allow insurers to drop basic coverage, like maternity care and preventative screenings, in order to cut premium rates.

Several members from both groups said the new additions were helpful but did not go far enough to win their votes. Moderate Rep. Leonard Lance (R-N.J.) told reporters Friday that he worries the bill still does not give states enough flexibility.

“I think there’s trouble with a significant number,” he said.

With Republicans in total control of the chamber, House Democrats could do little but clash and shout. A rare early-morning meeting of the Rules Committee held to set the rules of debate and add the amendment to the legislation quickly became tense.

“You never intended for there to be a health plan of consequence for this nation,” said Rep. Alcee Hastings (D-Fla.), raising his voice as he spoke.

He added: “What we will have done is helped rich people. And we will not have helped poor people.”

Rep. Greg Walden (R-Ore.), chairman of the House Energy and Commerce Committee and one of the bill’s architects, forcefully rejected Hastings’s claim during testimony before the rules panel, saying he was “offended” by the remark. He tried tempering the tone of his exchange with Hastings, who wouldn’t oblige.

“I’m mad as hell about what you all are doing!” the Democrat exclaimed.

Later, Rep. Joe Crowley (D-N.Y.) told reporters that some Republicans were likely “ashamed” by a process that had been defined by “back-room deals,” turning an old Republican attack back onto the majority.

“For what? To keep a seven-year old campaign promise?” said Crowley. “So Trump doesn’t send a mean tweet about you? That’s not leadership; that’s politics.”