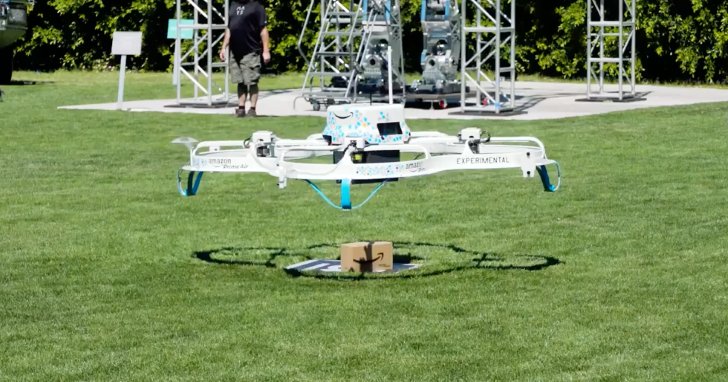 Amazon Prime Air said Thursday it shipped its first package out in public in the US this week, marking another small step toward its goal of filling the skies with delivery drones.

The e-commerce giant’s drone delivery arm has been testing flights for years, though due to federal regulations hasn’t undertaken any US flights outside of its private land until now.

On Monday, an autonomous drone delivered several bottles of sunscreen, about four pounds in all, to MARS 2017, an Amazon-hosted conference in Palm Springs, California. The entire flight took place in the controlled airspace of the Palm Springs International Airport.

Amazon, UPS, Google and others are developing drone delivery technology, in hopes of bringing shipments faster and cheaper to customers. However, these companies still need to answer tough questions about the drones’ safety and effectiveness before they can reach the public.

Amazon’s goal has been to ship items within 30 minutes, though for now is mostly testing its technology. Last year, it started a small pilot program for customers in the UK, but it’s been limited in bringing autonomous drones to the US because of tight government restrictions.