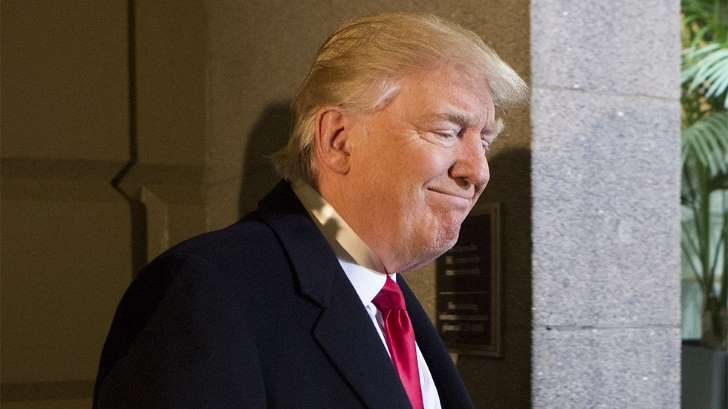 FBI Director James Comey on Monday revealed that his agency is investigating Trump and his aides’ potential ties to Russia, as well as possible coordination with Moscow.

The revelation confirmed months-long speculation that Trump’s aides were included in federal probes of Russian meddling in the 2016 presidential election.

Among the information held by the FBI is human intelligence, travel and business records and phone records, according to CNN, though agency officials made clear that the information does not conclusively prove collusion between Trump associates and Russia and would have to be further investigated.

Questions about his and his aides’ ties to Russia have roiled Trump’s young administration. His first National Security Adviser Michael Flynn resigned last month amid revelations that he discussed sanctions with Russia’s ambassador Sergey Kislyak, and Attorney General Jeff Sessions recused himself from investigations into the Trump campaign after it was revealed that he failed to disclose two meetings with Kislyak that happened during Trump’s presidential bid.

Flynn, along with former Trump campaign officials Paul Manafort, Carter Page and Roger Stone, have already reportedly been the subjects of FBI probes. They have all denied having improper interactions with Russian officials during the campaign.

The U.S. intelligence community concluded in a report released publicly on Jan. 6 that Russian President Vladimir Putin ordered a massive influence campaign to interfere in the presidential election in favor of Trump.

That conclusion has spurred the Senate and House intelligence panels to investigate the activity, as well as Trump and his aides’ ties to Moscow.

Tensions grew among members of the House Intelligence Committee on Wednesday, after the panel’s chairman Rep. Devin Nunes (R-Calif.) announced that he had seen evidence that the intelligence community incidentally collected information on Trump transition team members as part of routine surveillance of foreign targets.

Without discussing the matter with the Intelligence Committee, Nunes went to the White House to brief Trump on the information, sparking fury among committee Democrats. Ranking Member Adam Schiff (D-Calif.) slammed Nunes’s decision, accusing him of routing the panel and muddying the investigation.

“The Chairman also shared this information with the White House before providing it to the committee, another profound irregularity, given that the matter is currently under investigation,” Schiff said in a statement on Wednesday.

“I have expressed my grave concerns with the Chairman that a credible investigation cannot be conducted this way.”

Police: Man charged with murder after traveling to NYC to target blacks